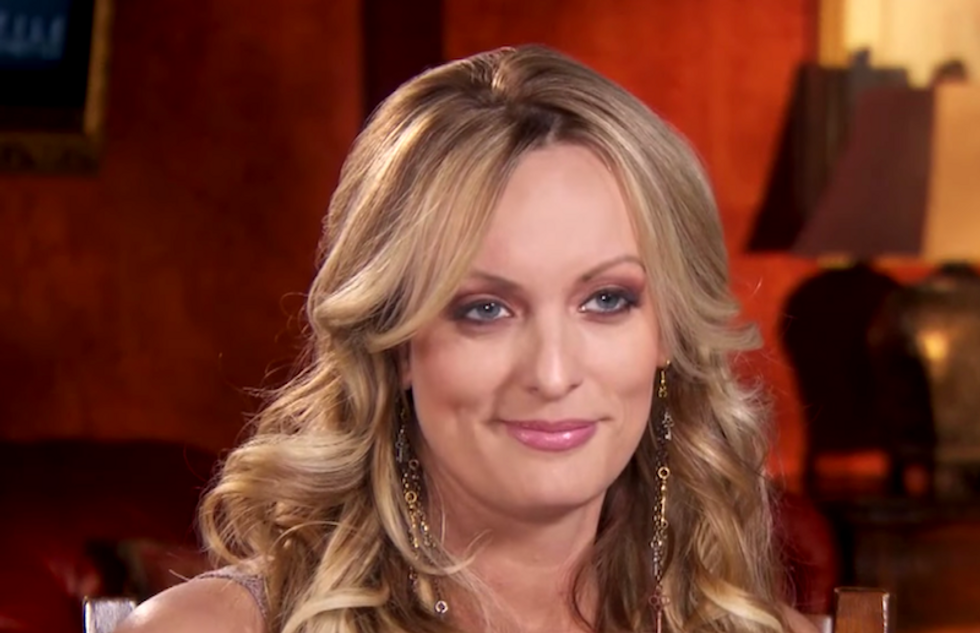 Writing for the Cap Times, opinion columnist Jessie Opoien attended a performance by adult film star Stormy Daniels at a local strip club and discovered an assortment of women had ponied up $15 to see one of President Donald Trump's biggest foes -- and support her.

According to 70-year-old Linda Nelson, discussing her first visit to a strip club, Daniels -- real name Stephanie Clifford -- is a hero.

“Look what she’s doing for women in this country. She’s suing our president. What could be stronger than that?” Nelson explained, adding that she will remember the evening for the rest of her life.

Thirty-year-old Jennifer Gramer of Madison, who was attending with her feminist book club, was thrilled to meet the adult star.

“I want to tell my kids and grandkids I saw Stormy Daniels,”  Gramer stated. “If she’s the person who brings down the president — for $15 (a ticket), why not?”

Women weren't the only ones attending with politics in mind.

Don Esser of Waunakee said he showed up and paid the cover charge with an ulterior motive.

“It’s kind of like a political donation,” Esser explained.. “This is a cause I believe in.”