‘Witness tampering for dummies’: Ex-prosecutor explains why Manafort’s case has ‘gone from bad to much worse’ 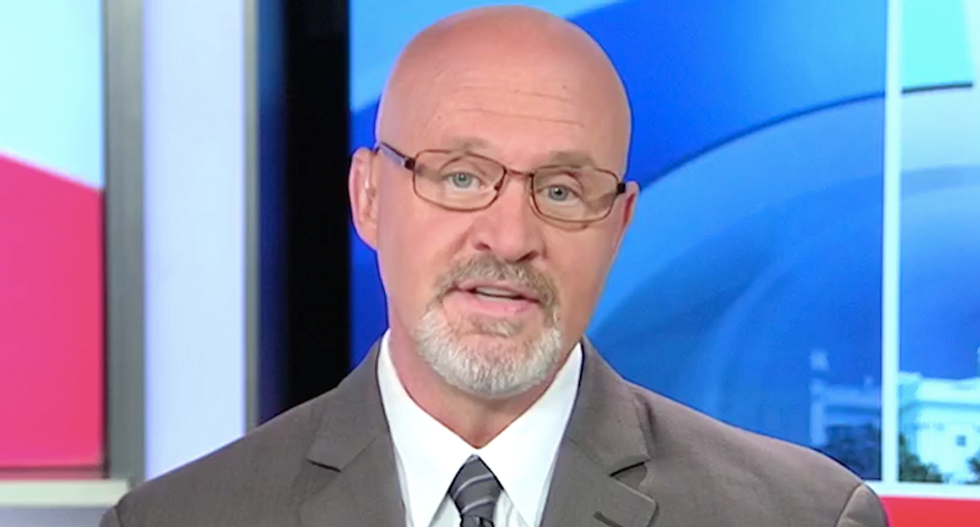 Paul Manafort finds himself in a bad position after special counsel Robert Mueller revealed his attempts to contact witnesses in the Russia probe to influence their testimony.

Mueller has asked a federal judge to jail Manafort or alter the terms of his pretrial release after accusing him of witness tampering -- and a former federal prosecutor told MSNBC's Stephanie Ruhle just how bad things have gotten for the former Trump campaign chairman.

"Things went from bad to much worse for Paul Manafort -- here's why," said Glenn Kirschner, a homicide prosecutor until last month for the District of Columbia U.S. Attorney's office.

Manafort has been indicted by grand juries in the Eastern District of Virginia and in Washington, D.C., and Kirschner said the new allegations against him appear to be clear examples of new crimes.

"I've seen this kind of witness tampering hundreds of times," the veteran former prosecutor said. "What we have here is Mr. Manafort reaching out to witnesses and saying, 'Remember, we didn't do any lobbying in the United States,' when there is ample evidence that that's untrue. Then what I found almost amusing -- sad, but amusing -- was one of the witnesses who's an associate of Mr. Manafort's is reinforcing this message by saying P., an obvious reference to Mr. Manafort, wants you to say, you know, we never lobbied in the United States. Then they put in parens, 'which is true.'"

He used a legalistic example to explain the farcical attempts.

"Let me use an everyday hypothetical to demonstrate why this is laughable," Kirschner told Ruhle. "Let's assume when the show wraps today you and I go out and rob a 7-Eleven. We do it without guns because we don't want anybody to get hurt. I immediately get arrested, detained, and I place a phone call to you, and I say, 'Stephanie, remember yesterday when we didn't rob a 7-Eleven, which is true."

"This is, frankly, a chapter out of 'Witness Tampering for Dummies,' and things have gotten extraordinarily bad for Paul Manafort," Kirschner added.