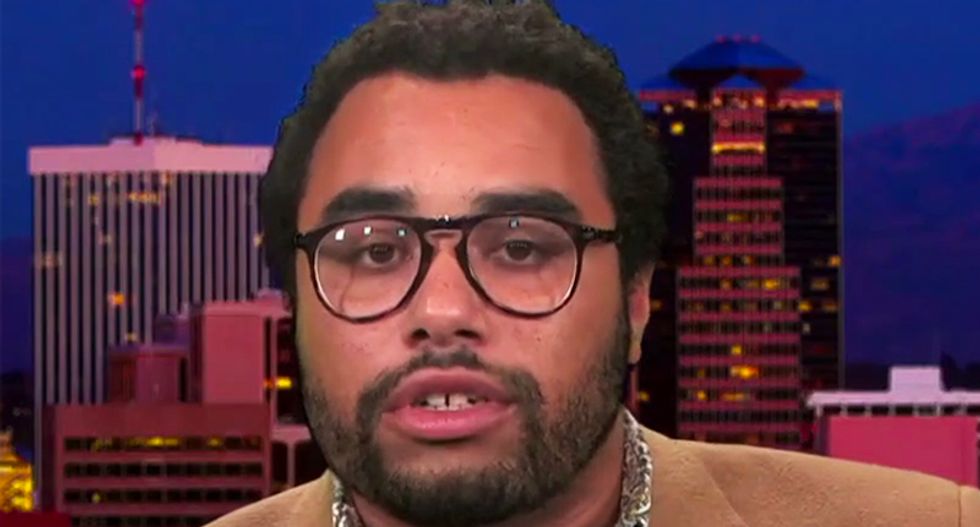 Appearing on MSNBC an employee at one of the internment centers for immigrant children explained that he quit his job on Wednesday because of what he saw occurring at the Texas facility where he was employed.

Davidson, 32, described working at the facility as a youth care worker at the shelter and claimed things took a turn for the worse when the Trump administration recently started forcibly separating children from their parents.

Davidson detailed his experience in the shelter.

"These kids were ripped from their parents and did not understand what was going on. The case that really broke the camel's back for me, was the Brazilian kids. There was no one speaking to them in Portuguese. So they hardly even understood and they didn't -- nothing was ever explained to them well either," Davidson said.

When Hayes asked if there were people taking care of the younger children around 4-5-years-old, Davidson said "no." He said the facility is extremely understaffed.

"Not at all. We received one week of training, and now these kids are extremely traumatized. Workers put them to bed at the end of the shift that ends at 9:30 p.m. As much as the children are suffering, the workers are suffering. They're kept in temporary positions and meanwhile, the CEO and his wife clear more than a million dollars a year in mostly federal tax money and undercut the services we need."

He said the facility is being run like a private prison.

"It's a basic private prison deal in the guise of this shelter. So the people at the end of the day, when they have to put the kids to sleep have already worked an eight-hour shift and are often times asked to stay overtime. On top of that, these kids are running up and down the halls screaming, crying for their mom, throwing chairs. Everyone is tired. The under-trained staff are dealing with an increasingly traumatized population of minors."

White House Press Secretary Jen Psaki was quick to scuttle Fox News’ president anti-Biden propagandist after he tried to turn today’s news about then-President Donald Trump hiding the results of his positive COVID test barely days before standing on stage with Joe Biden at a Sept. 2020 debate into a story about President Joe Biden’s success in scuttling the pandemic.