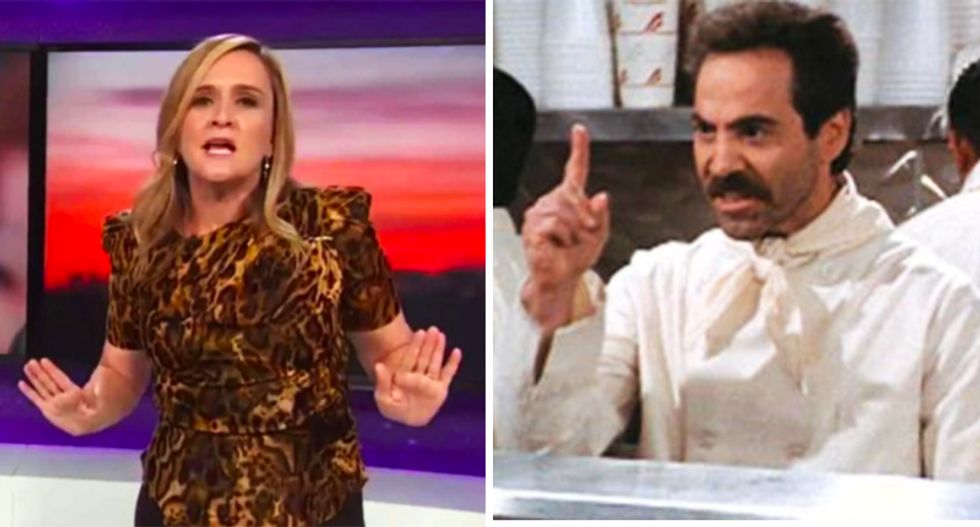 While there has been much hand-wringing over TBS host Samantha Bee's joke calling first daughter Ivanka Trump a "feckless c*nt" during a diatribe of President Donald Trump's immigration policies, one comedy writer came to her defense claiming the female comedian "nailed the joke."

Appearing on CNN on Saturday morning with host Michael Smerconish, former Seinfeld writer and comedian Spike Ferensten -- who wrote the popular "Soup Nazi" episode-- was asked what he thought about the controversy.

"She [Sam Bee] is writing about a horrible situation that's happening in our country where children are being torn out of the arms of their parents at the border, an immigration issue, which is a very extreme issue," Ferensten explained. "Now how are you going to write about that with your network broadcast standards. How much they're going to let you say about that."

"So I watched the Samantha Bee joke, and I watched her audience react to it," he continued. "She's a comedian, she's a comedy writer and they carefully choose their jokes. For me, the joke landed and you hear the audience laugh, the audience applause. And it is commenting on a terrible situation and it's using a bit of extreme language to make her point."

"I don't know that she crossed the line" he admitted. "For me, that's a personal thing. I thought that she apologized has more to do with maybe network politics than whether she really needed to make one in the first place. I think she nailed the joke."