You're being racist -- drop it!’: Watch shouting match break out on bus when someone speaks in a foreign language 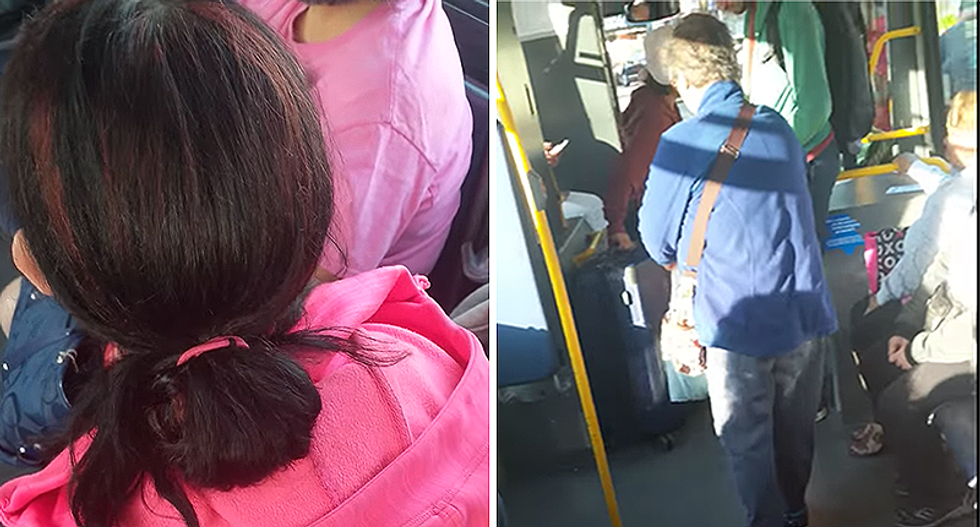 Randy Keeping recorded what he believes was a racist incident on a city bus Saturday.

The Vancouver resident told GlobalNews he captured the exchange at approximately 7 p.m. of a woman shouting back at someone saying, "You're being racist. Drop it." Prior to recording the video, he said that there was some kind of argument at the front of the bus about someone speaking too loudly on the phone. The woman at the front of the bus then began speaking in a different language.

The older woman, who seems to have an accent, spoke to the younger woman from across the bus, saying that she has a right to say what she wants.

The younger woman, accusing the older woman of racism, then told her, "go back to your country." After a few moments of silence and turning around to look at Keeping's cell phone camera, the young woman said, "I'm sorry, that was ridiculous."

The older woman responded with something that was unintelligible. The younger woman replied, "You don't think I don't know they're talking about you? They're looking right at you."

Keeping said that recording the video was important for him to detail more about what's happening in society.

He went on to say that people deserve a "little wake-up call."

Keeping thinks the white woman dressed in pink thought that the woman speaking in the foreign language was mocking one of the people involved in the "loud talking" altercation.

"I said, stop putting people down in your language," said the woman in pink at the end of the video.

"Racist f*cks," Keeping can be heard saying on the video as he exited the bus.