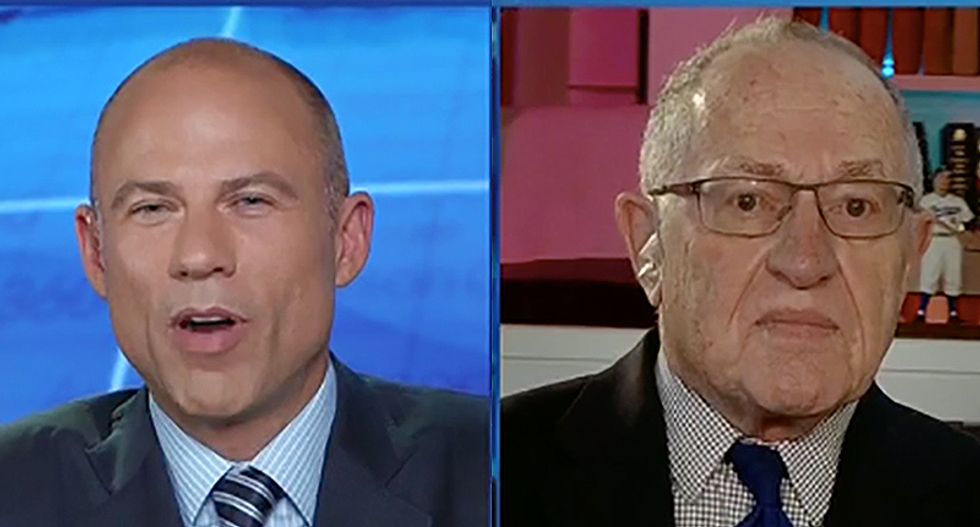 With Dershowitz questioning the veracity and possible content in the tapes that federal investigators obtained from former Trump fixer Michael Cohen, Avenatti took him to task for opining on the subject when he is not a part of the legal teams on both sides of the aisle looking at Cohen or President Donald Trump.

"You have no idea about the communications that went on relating to a particular or proposed level of communication. You need to go back -- let me finish," Avenatti said as Dershowitz tried to cut in and Cooper advised, "Let him finish."

"You need to go back and concentrate on what invites you're getting on Martha's Vineyard since that appears to be what you're really good at," the Stormy Daniels attorney snarked, noting an infamous column the Harvard professor wrote abut being a pariah due to defending Trump.

"Well, I'm about to head off to a party, so I have to leave in a minute," Dershowitz shot back, to which Avenatti smirked, "Good luck to that."

Before the two parted, Avenatti accused Dershowitz of working for Trump, saying, "I want to know about the relationship between you and Donald Trump. I think you ought to disclose the extent of the relationship."

"I've met him three times in my life. all three times dealing with the Middle East. I have no relationship with him. But I  have to tell you, I do know legal ethics," Dershowitz replied before it turned into an ugly squabble over both attorney's public statements.