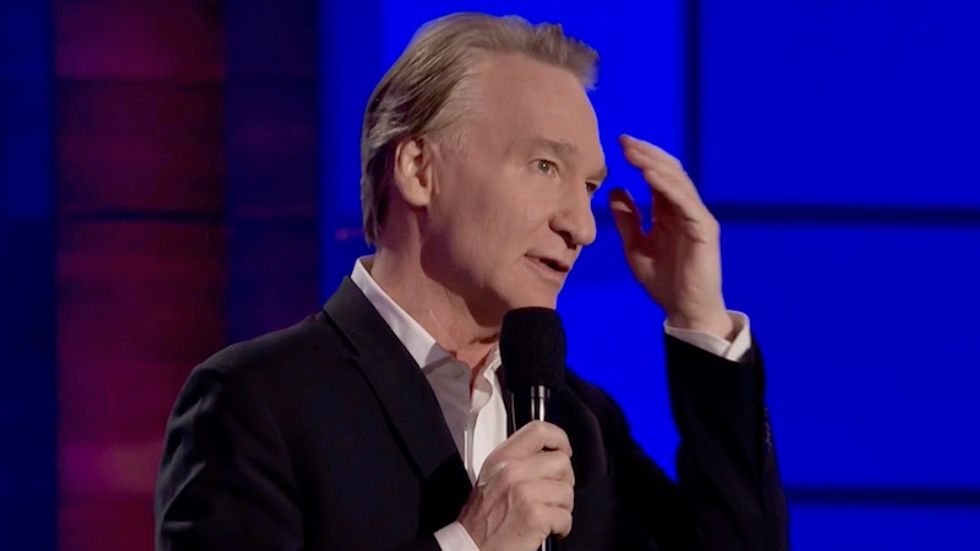 Bill Maher went to Oklahoma to perform for his live HBO special, opening with a bit about how much he loves both Red State liberals and Millennials who don't need "Safe Spaces."

It was a theme he continued to return to throughout the hourlong special, in which he poked at liberals for making room for Trump with their own brand of extremism.

Specifically, he said #MeToo is an important issue for Democrats—provided they don't get off track.

"Liberals have the high ground on this issue—let's not veer off, as we so often do, into that weird place where we look ridiculous," Maher said.

Maher then talked about the backlash to Matt Damon's comments about #MeToo, in which the actor was pilloried for taking the position that sexual abuse is a matter of degrees.

"OK, this is one reason we win elections," Maher said. "Let me tell you something. In 2016, the Democrats and the Republicans played a little game of chicken with each other. The Democrats said to the Republicans, 'Oh, you cannot be so stupid to vote for Donald Trump' ...they had a pretty good answer. 'Yeah, we get it, Donald Trump is crazy. But if you think that what Matt Damon said is the least bit controversial or you the Vagina Monologues is insufficiently feminist or you think Islam has nothing to do with Islamic terrorism or you lose your sh*t when a white girl dresses up as Pocahontas on Halloween then you're crazy too and we can't trust your judgement."

"That sh*t has to stop," Maher said. "We cannot afford that sh*t anymore."