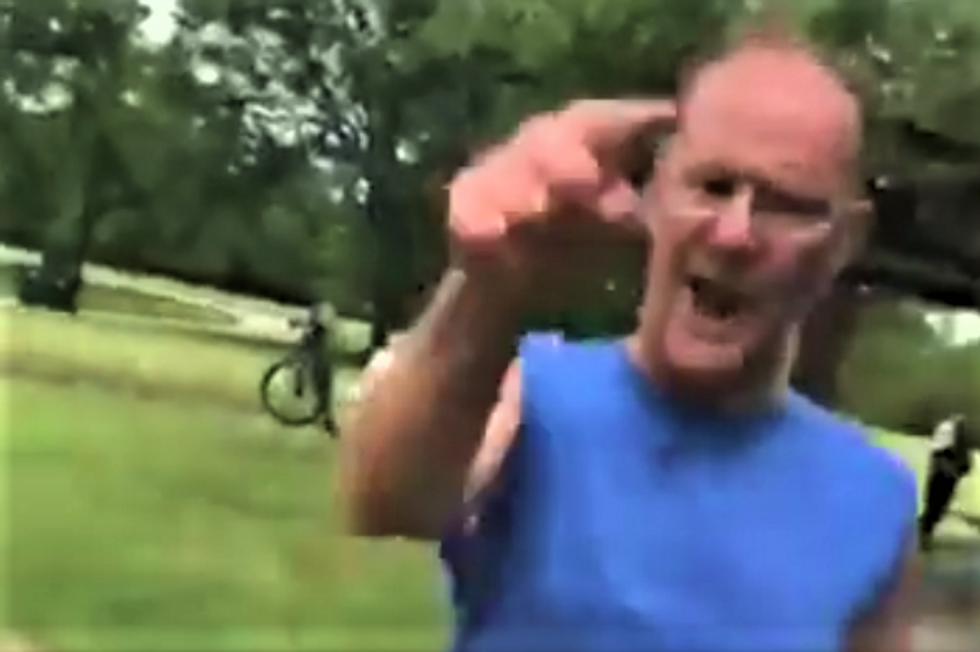 A man yells at a woman for wearing a shirt with the Puerto Rican flag (Screen cap).

A Chicago man has been charged with a felony hate crime after a video that went viral showed him scolding a woman for wearing a T-shirt emblazoned with a Puerto Rican flag as a police officer watched the incident, authorities said on Friday.

Foley had no comment when asked why prosecutors decided to file the upgraded charges over the June 14 altercation.

The incident became national news this week after a video uploaded on social media showed Trybus approaching a woman, identified as Mia Irizarry, as she stood near a picnic grove in Caldwell Woods, a recreational area in the Forest Preserve District of Cook County, a green belt that surrounds Chicago.

“You should not be wearing that in the United States of America,” Trybus can be heard shouting at Irizarry as she asked him to get away from her.

“Are you a United States citizen? Then you should not be wearing that,” he continued.

Patrick Conner, a police officer at the forest preserves, was seen standing in the background of the video as Irizarry called to him for help while Trybus was berating her. Another officer eventually stepped in and stopped the incident.

Conner’s inaction sparked intense criticism, prompting him to resign on Thursday, said Arnold Randall, general superintendent of the Forest Preserve District of Cook County, at a news conference on Thursday.

“We need to think seriously about the rash of racially charged, abusive incidents we’re seeing throughout the country,” Randall said. “We all need to stand up to this behavior.”

Irizarry was given a refund on the money she had paid for a permit to host an event at the park.

Conner, who went through the park’s diversity training last year, was initially placed on desk duty after Irizarry complained about him, said Forest Preserve District Police Chief Kelvin Pope at a news conference on Thursday. Discipline for his actions was pending.

Trybus, who remained in custody on Friday, was expected to appear in court for a bond hearing during the afternoon, Foley said.