CNN anchor corners Trump supporter Jason Miller over Playmate payoff denials: ‘What credibility do any of you have?' 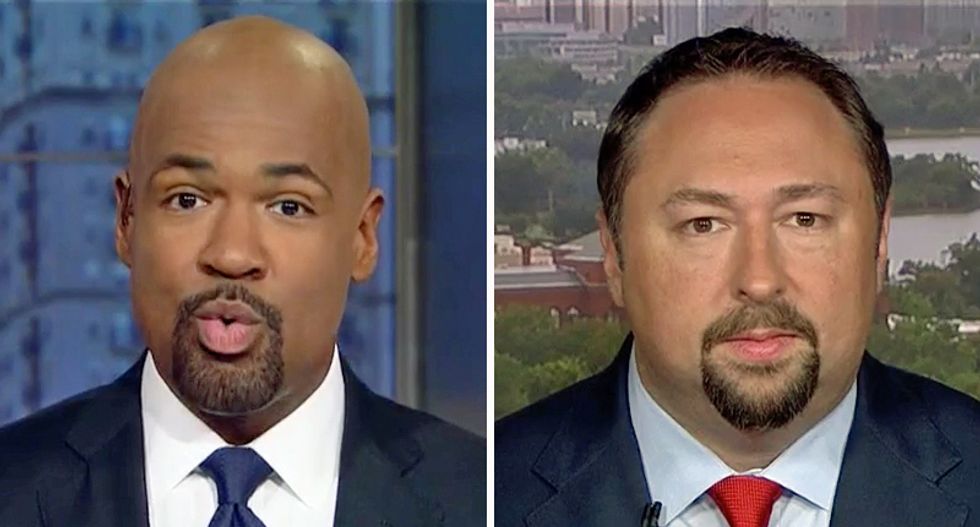 The former senior communications adviser for Donald Trump's 2016 presidential was repeatedly fact-checked by CNN anchor Victor Blackwell after the latest revelations in the Michael Cohen legal drama showed that Trump's campaign misled the American people about his affairs.

The Trump transition announced Jason Miller would be the administration's first White House communications director, however the plan fell through after allegations that he fathered a child with a campaign staffer while married to another woman.

Miller is now a CNN contributor.

"The story has changed repeatedly, both about [Playboy Playmate] Karen McDougal and about Stormy Daniels," Blackwell noted. "What the president knew, what he was involved in, where the money came from."

"What credibility do any of you have now in trying to convince the American people something did or did not happen?" Blackwell asked.

"I haven't seen one piece of evidence that's put forward saying that the president's statements or anything from his team have been inaccurate or wrong," Miller replied.

"Sarah Sanders from the podium at the White House said President Trump knew nothing about the payments to Stormy Daniels, Rudy Giuliani came back and said that the president not only knew about them, but reimbursed Michael Cohen," Blackwell fact-checked.

"Hope Hicks said in November, 2016, 'we have no knowledge of any of this,' speaking about the Karen McDougal payment," the host continued. "We now know that the president discussed potentially an additional payment to McDougal or reimbursing AMI, the parent company of The National Enquirer, for its payment to McDougal in September of 2016."

"We're talking about honesty, right?" Blackwell asked. "The campaign says we had no knowledge of any of this, that's not true."

"Yeah, the campaign didn't have any knowledge of any of this," Miller claimed.

"The audience knows exactly what was said because we've reported it, and we now know what is truth," Blackwell said.

"I think we've laid out what is inaccurate, the campaign says that they had no knowledge of any of this, we now know that the president, indeed, had or then candidate had knowledge of it," Blackwell reminded.