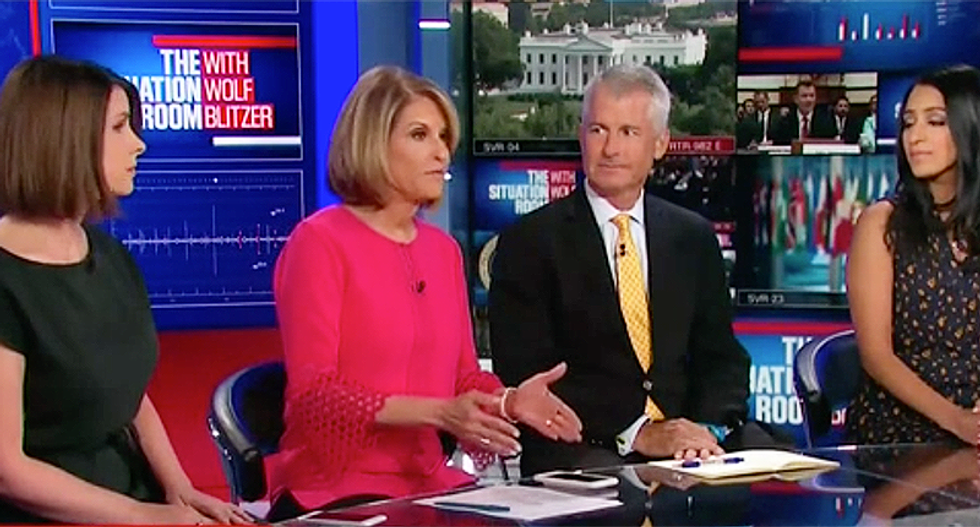 A CNN panel discussion in the wake of FBI agent Peter Strzok's hearing before Congress Thursday, addressed the grilling by Republican legislators on Strzok's bias.

"The whole irony is that the FBI is mad at Strozk because they believe that his texts were inappropriate and that he shouldn't have done it," said CNN's Gloria Borger. "Whether or not it reflects bias in his investigation, they are saying it was a bad thing to do so he gave this incredible defense of the FBI and I bet there are people from the FBI who are thinking I wish we had a different messenger."

"I remember counter terrorism cases going -- that guy we were watching is scum," he said. "You come in and say what are the facts? I'm going to guess a lot of people are saying he profoundly embarrassed us and one thing he ought to do is step back and say, 'I'm sorry. I should never have done that on a government phone.' Off hours all Americans are doing that stuff. On hours on a government phone you can't do it."

Host Wolf Blitzer asked if it is realistic that an agent involved in an investigation can remove their personal opinions.

Mudd said "sort of," noting that it doesn't matter one way or another what emotions a person has, what matters in court is evidence.

"The second question and I agree on Mr. Strozk is, you are talking about hundreds of people involved in this investigation. Regardless of whether you believe him or not you are thinking he can walk in and say let me figure out a way to manipulate another 200 people. You can't walk in and say I don't care what the investigators say about what they found in the investigation I will twist it," he explained.

That's when Borger cut in to clarify that if Strozk was so biased he couldn't do his job he could have easily swung the investigation for Hillary Clinton.

"If you really wanted Trump to lose he had the card," she said. "He could have leaked it and said there is the counter intelligence investigation going on."

The panel noted it would have been a crime, but the hypothetical scenario would also depend on if Strozk was caught.