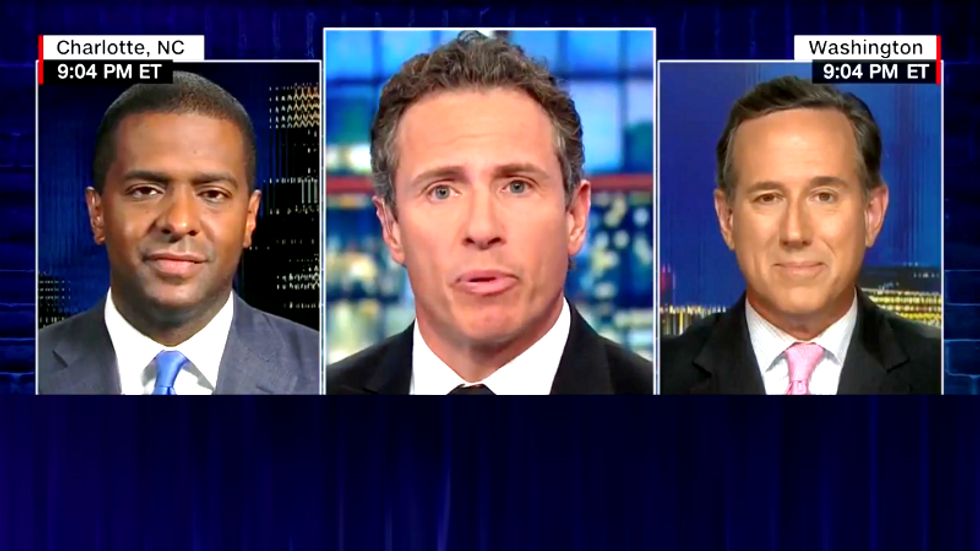 On Friday, CNN’s Chris Cuomo, and former lawmaker Bakari Sellers (D-SC) said the timing of the release of private tapes belonging to President Donald Trump's lawyer Micheal Cohen was suspect because it came in the midst of backlash against President Trump's meeting with Vladimir Putin.

"The timing, too much of a coincidence," Cuomo said at the start of his show.

"It is a coincidence," Sellers said."I also think that every single day we're dealing with Trump's America, there is something new happening, What we learned today is, one, Donald Trump's a liar. I think we already knew that. Two, Rudy Giuliani is not the best attorney. And, three, that Michael Cohen is unethical.

"It seems that team Trump is happy this tape came out. Why?" Cuomo asked.

Former Republican Sen. Rick Santorum said that President Trump is not trying to hide anything.

Sellers then fired back by saying that President Trump is "lobbing distractions."