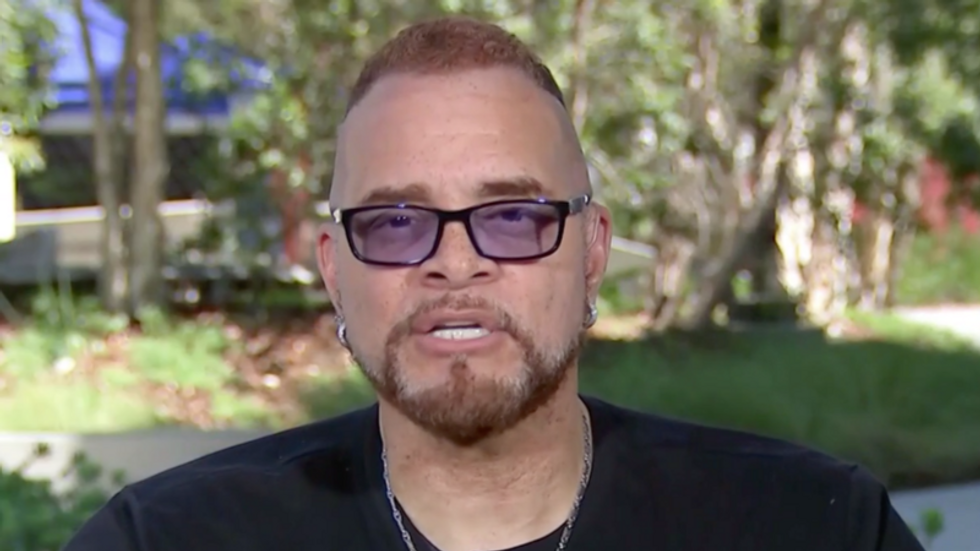 On Thursday MSNBC's Ari Melber sat down with comedian Sinbad. The comedian, who had a short stint on President Donald Trump’s NBC show "The Apprentice," was invited on to talk about changes he has seen in the businessman since he became president.

"There are two different sides of Donald Trump. There is Trump of the 90s, that did all the fights in the Trump casinos, he was hanging out with all the hip hop cats," Sinbad said.

That is a stark contrast to the President Trump we know now. Sinbad said people are experiencing "post-dementia" Trump.

"Now there is post-dementia  Donald Trump, who just loves picking fights. I think he is just a lonely man," Sinbad said. "I think this man never had a lot of friends, he wants to be a celebrity. He likes to twitter slam people because he can't meet them face to face.

He continued: "He's a keyboard gangster. Most people who are gangster wouldn't hurt a fly, and that's why they leave behind the keyboard."

He said President Trump won the election because he was filthy rich, didn't care, and has a mental problem.

"You gotta be filthy rich, where you don't need the job, and you can throw anything out there and you really don't care, along with a little bit of mental deficiency," Sinbad said.