DL Hughley delivers painful truth to The View: 'The most dangerous place for black people to live is in white people's imagination' 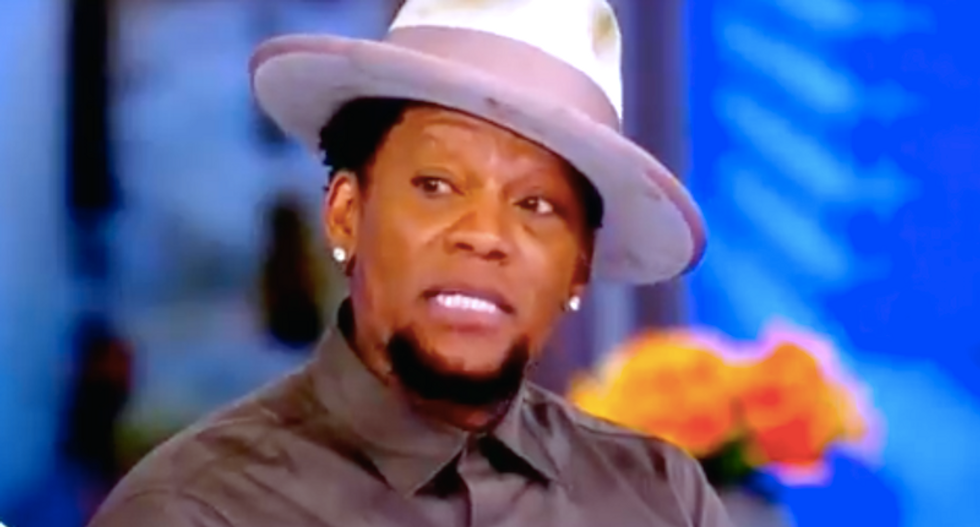 Comedian D.L. Hughley delivered some hard truths on "The View" about living as a black American.

Hughley appeared Wednesday on the show to promote his new book, How Not to Get Shot: And Other Advice From White People, and discuss a recent string of viral videos showing white people calling the police on black people going about their everyday business.

"Here's the thing," Hughley said. "The most dangerous place for black people to live is in white people's imagination."

He pointed out how the Parkland gunman was taken alive, even though police knew he was armed and dangerous, because he was not black -- unlike Stephon Clark, who was innocent and unarmed when police shot him seven times, including three times in the back.

"Honestly, you can be -- you can have just shot up 17 people, and the police will arrest you," Hughley said. "They know you have a gun, but they'll shoot the kid they thought had one, they'll shoot him in the back."

Hughley told the co-hosts that white Americans believe black people are inherently criminals, yet they act surprised that racism persists.

"You can't tell us you live in a country where we're innocent until proven guilty, but okay you being murdered because he said you were guilty, the cop said were guilty," Hughley said. "They didn't try you."

He said there had been more than 200 race riots in U.S. history after a person of color had been killed by police who weren't held accountable, and he said the reasons were often ludicrous.

"We've been murdered for reading, looking somebody in the eye, whistling at somebody, reading," Hughley said. "The murder of black people at the hands of people of authority has always happened, and police are doing what they have always done. The police, for us, have never been about protecting and serving -- it's about keeping you in your community where you belong and keeping you out of places you don't."