EU council chief's riposte to Trump: Respect the allies you have 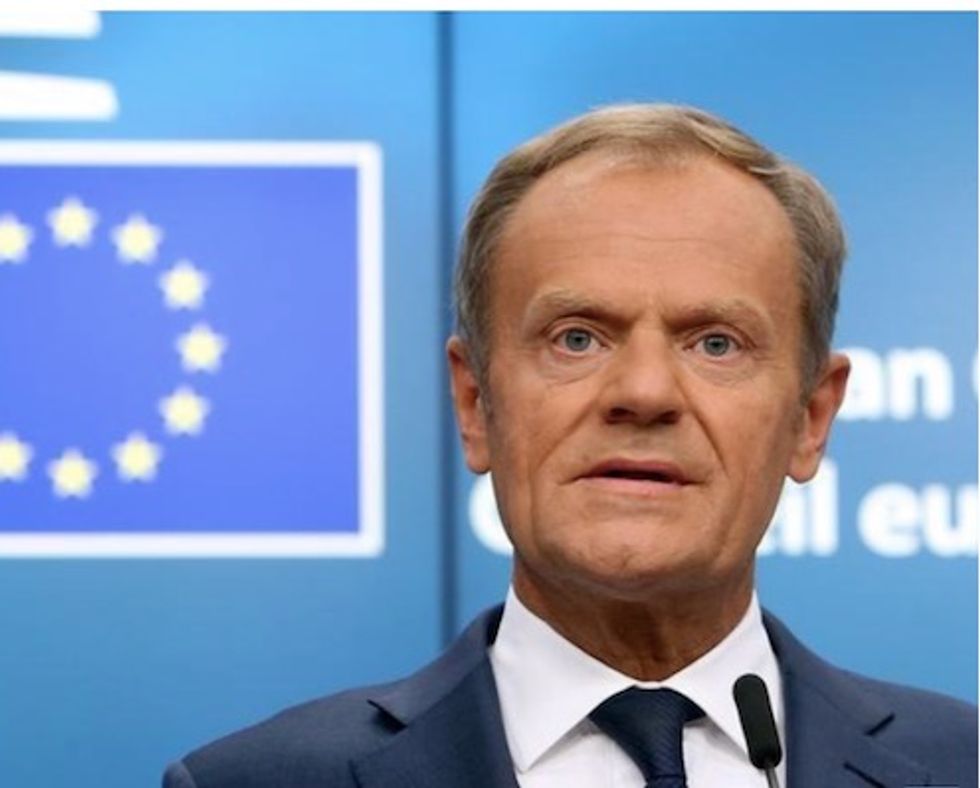 Before flying to Brussels where he arrived on Tuesday night, Trump again chided fellow NATO members for not contributing enough while maintaining a trade surplus with the United States, his latest reprimand on issues that are straining transatlantic relations.

“Dear America, appreciate your allies, after all you don’t have that many,” Tusk, a former Polish prime minister, said after a signing statement on more cooperation between the European Union and the North Atlantic Treaty Organisation.

As European Council president, Tusk serves as the chairman when EU leaders meet at summits.

Even while in the air, Trump kept up the attack. He said in a Twitter post that a trade deficit with the European Union “makes it impossible for our farmers and workers and companies to do business in Europe ... and then they want us to happily defend them through NATO, and nicely pay for it. Just doesn’t work!”

The European Union is the top export market for the United States at $501 billion in goods and services in 2016, the latest available figures provided by the Office of the U.S. Trade Representative. Imports totaled $592 billion, leading to a $92 billion goods and services trade deficit with the EU, according to the trade office’s data.

Back in Washington, the top Republican in the U.S. Senate, Mitch McConnell, told reporters he was not worried that Trump would withdraw the United States from NATO. McConnell also said “there is nothing inherently wrong” about Trump meeting with Russian President Vladimir Putin while he is in Europe.

Many U.S. presidents have urged European governments to spend more on their militaries. But Trump’s demands have been intensified and blunt to an extent that allies worry it could damage NATO morale and play into the hands of Putin, whom they accuse of trying to destabilize the West.

“Dear President Trump: America does not have, and will not have a better ally than Europe,” said Tusk. “Today, Europeans (collectively) spend on defense many times more than Russia, and as much as China.”

He said that money helped boost U.S. security, as the United States regards Russia and China as threats.

NATO released new estimates for allied defense spending in 2018 on Tuesday, showing that Latvia and Lithuania are set to meet the target of spending 2 percent of economic output on the military. Of the 29 allies, only the United States, Britain, Estonia, Greece and Poland met the goal in 2017. Romania is also on course to hit it in 2018, NATO said.

NATO Secretary-General Jens Stoltenberg stressed that all allies were increasing defense spending in real terms because economies in Europe were growing. He also said Washington strengthens its security and global reach through NATO.

Trump’s Twitter post on Tuesday echoed those on Monday and his criticism at a rally of supporters in the United States last week in which he said that Washington was unfairly carrying almost all the cost of defending Europe.

“Getting ready to leave for Europe. First meeting - NATO. The U.S. is spending many times more than any other country in order to protect them. Not fair to the U.S. taxpayer,” Trump said.

As he left the White House, the Republican president was asked by reporters about Tusk’s comments.

European officials say while U.S. defense spending makes up 70 percent of combined allied governments’ military budgets, just 15 percent of U.S. expenditure is spent in Europe on NATO-related defense. Washington pays about 22 percent of the running cost of NATO, including the headquarters and commonly-funded equipment such as AWACS surveillance planes.