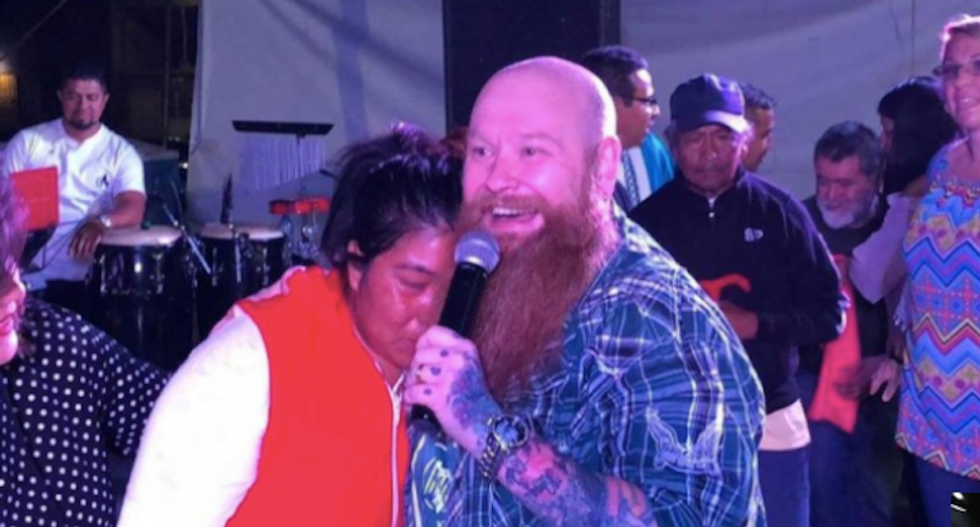 Heavenly visitations can happen any time, anywhere—including dingy motel rooms, according to healing evangelist Todd Bentley, whose main mode of medical treatment is to kick people in the face.

According to a report in the Christian Post, Bentley claims that he first started seeing angels in the mid-aughts.

While on tour in a motel, he says he was greeted by a "financial angel."

"I'm in my hotel and in my bathroom and it's the middle of the night. And I open my hotel room and turn the light on, and there's a man in there, in my bathroom. And I looked at this man, he didn't have his shirt on, so I thought he must've got into the wrong hotel room," he recalled.

"First thought. You know 'you're in the wrong room bro.' ... And then realized he was wearing funny like, white yoga pants, like really tight, white ballet-type pants and like Aladdin golden slippers. And I looked down at him and thought 'wow, this isn't a man. This is an angel,'" Bentley said.

He says a different angel visited him in his home.

Bentley pointed to Biblical precedent to explain his encounter with the fiscally-oriented ballet-dancing Aladdin angel.