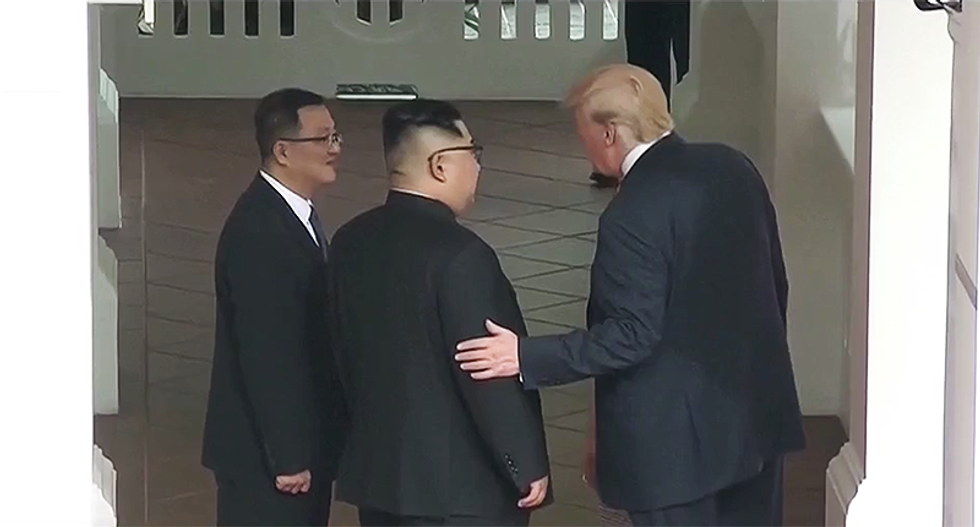 Samantha Vinograd, President Barack Obama's former Director for Iraq on the National Security Council warned that North Korea is deceiving President Donald Trump and he doesn't seem too worried about it.

In an interview Sunday with CNN Newsroom, Vinograd cited the news this week that satellite footage showed no changes were being made to the nuclear programs in the country. In fact, according to reports, they're trying to conceal key parts of the country's nuclear program. Trump had promised their talks resulted in the denuclearization of North Korea.

She noted that Trump hasn't said a word about what has been observed from North Korea, much less saying the country should put a stop to the nuclear activity.

"At the same time, North Korea hasn't even returned the prisoner of war remains that they said they were going to return," she continued. "They're asking China for sanctions relief, so they want a reward for bad behavior. And we've given something up: we stopped these joint military exercises with South Korea."

She explained that when Putin looks at something like this, he's likely thinking he too can thwart Trump, promise the moon and then ignore what is promised.

"Putin's about to meet Trump in Finland, so he could think, 'OK, I'll show up. I'll sign a piece of paper saying maybe I won't meddle in elections going forward and just expect President Trump to stay silent, turn a blind eye to what's going on because he doesn't want to admit that he was wrong,'" Vinograd explained.

Trump arrived home from the summit saying that everyone can sleep better knowing the United States is safe.

Before taking office people were assuming that we were going to War with North Korea. President Obama said that Nor… https://t.co/tA3JOYW9EE
— Donald J. Trump (@Donald J. Trump)1528884100.0

The opposite seems to be true.

Watch her full take below: