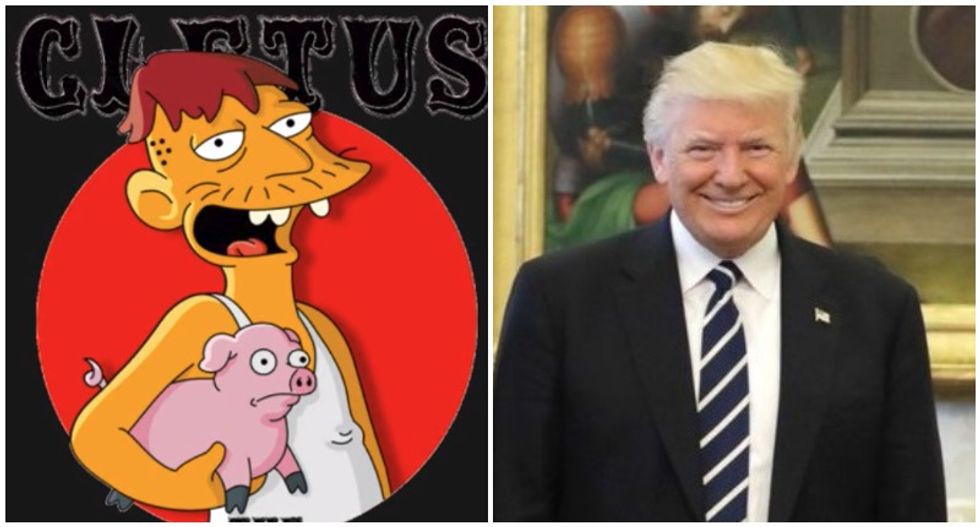 An anonymous Republican insider in Florida this week told the Tampa Bay Times that they're worried that the GOP under President Donald Trump has become exclusively the party of rural white Americans.

As part of the Tampa Bay Times' monthly "Florida Insider Poll," several anonymous GOP insiders fretted about the impact Trump's presidency will have on their party's fortunes in the 2018 midterm elections.

"We've gone from being the party of Jeb Bush Republicans who can win everywhere and over-perform in Democratic areas to the party of red hat Cletus the Slack-jawed Yokel and QAnon," the Republican said, referring to the "Simpsons" character who is a stereotype of rural white Americans. "Who thinks this is going to end well?"

Another Florida Republican in the poll lamented the total lack of leadership in standing up to Trump from elected Florida GOP officials -- and they had the most pointed remarks for Sen. Marco Rubio (R-FL).

"Marco Rubio is a chihuahua -- not because he's Hispanic but because he jumps and barks a lot but has no stature," the insider said. "Every primary in Florida, for dog catcher on up to governor or US Senator, it's all about embracing Trump or confronting Trump."

"It is unrecognizable from the GOP of 4 years ago," another insider said. "There is a coarseness and meanness that has taken over with the grassroots/base. There is a willingness to disregard policy, truth, science, experience, and nuance when it comes to policy. Current "leaders" act anything but preferring to embrace the form of a spineless coward. The current party is driving away young voters at a record pace and long term it is on a unsustainable path."