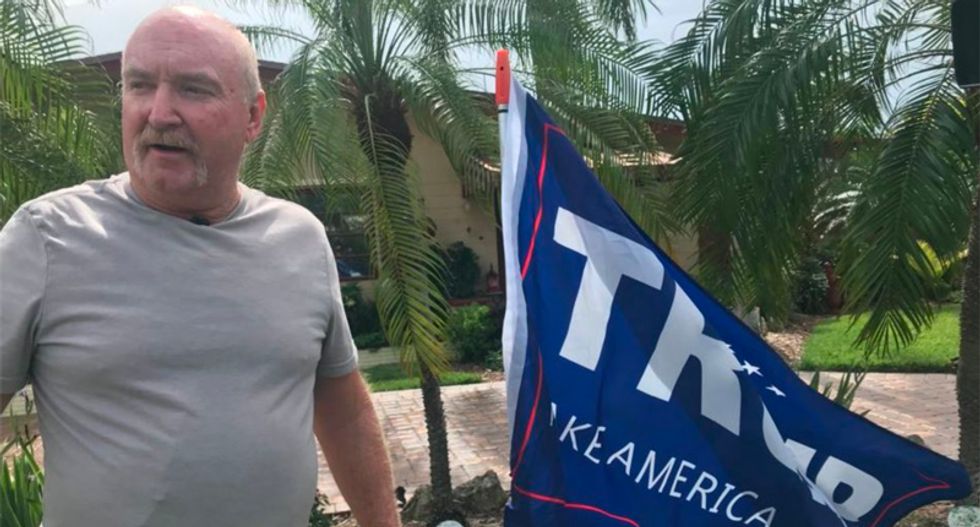 A Florida supporter of President Donald Trump claims he was punched by a driver and then dragged by the man's car following an argument over a July 4th Trump flag display.

According to the Sun-Sentinel, Jeff Good said he was watching fireworks from in front of his home when a man pulled up and told him to take down his  "Trump -- Make America Great Again" flag from his front lawn.

“He was saying vile things about our president,” Good explained in an interview with WPTV.

According to Good,the argument escalated to the point where he says that the driver punched him and that he responded in kind, only to have the driver grab his arm and hit the gas, dragging him down the street before letting him go.

“He took me about 30 feet, until I finally broke loose, and I fell on the ground there," Good recalled. "He kept on going and disappeared."

The Florida man said was not seriously injured, showing off scrapes on his hands and legs from the altercation.

“My political goal here is just to express my love for this president, and for somebody to punch you in the face for just presenting the flag to the public, that is enough said right there,” Good explained, adding that he is keeping his flag up.

Boynton Beach Police are searching for the driver, described as an older white man in a silver sedan.

You can watch video below via WPTV: