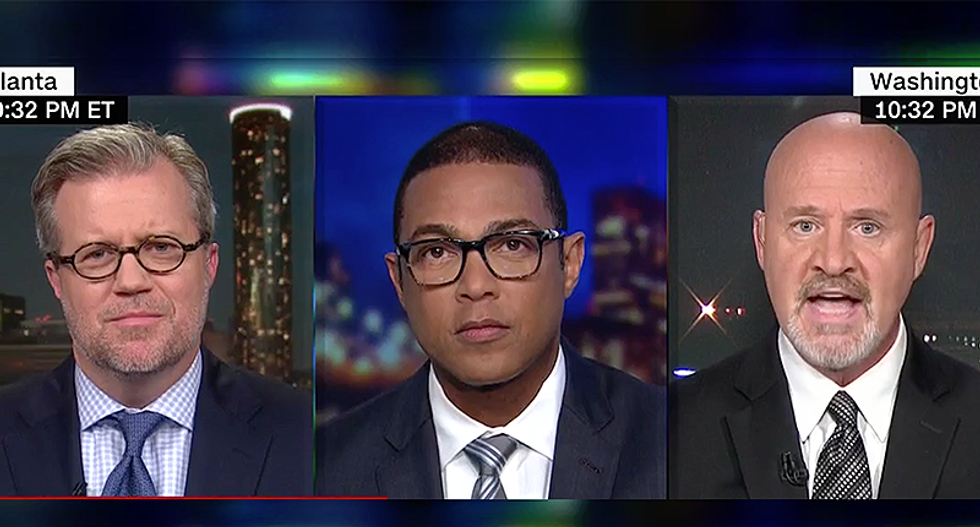 Former Army Judge Advocate General's Corps (JAG) Glenn Kirschner revealed Tuesday that President Donald Trump might not be on the list of those Robert Mueller wants to question because he's become a target of the investigation. Kirscher also noted that Paul Manafort might not actually flip if he's fearful of what Russia might do to his family.

According to Kirschner, the Department of Justice has a policy that they don't subpoena targets of an investigation. He explained it was because "a grand jury subpoena is a court order directing the person to come in, appear and testify truthfully before the grand jury."

A target, by definition, however, has a Fifth Amendment right against self-incrimination, "because we're looking to indict them," he said. Therefore, they don't subpoena a target.

"I think the more time passes, the more likely it is that the people that Bob Mueller has not subpoenaed have ripened into targets of the investigation that would go for the president for Jared Kushner and Roger Stone and on Don Jr."

He also explained that Mueller could take the Nixon route and could name Trump as an "unindicted co-conspirator."

Kirschner went on to explain that Manafort might not be willing to flip out of sheer terror of what might happen to him or his family.

"It could be he's afraid of the Russians," said Kirschner about Manafort. "Because quite frankly, every aspiring cooperator I sat down with articulated to me, 'You know, I'm afraid if I flip on my associates they might come after me or the family.' If Paul Manafort were to flip, the Russians could very well start looking at his family members."

He brought up the poisoning incidents in the UK where former Russians flipped against Russia and turned up dead.