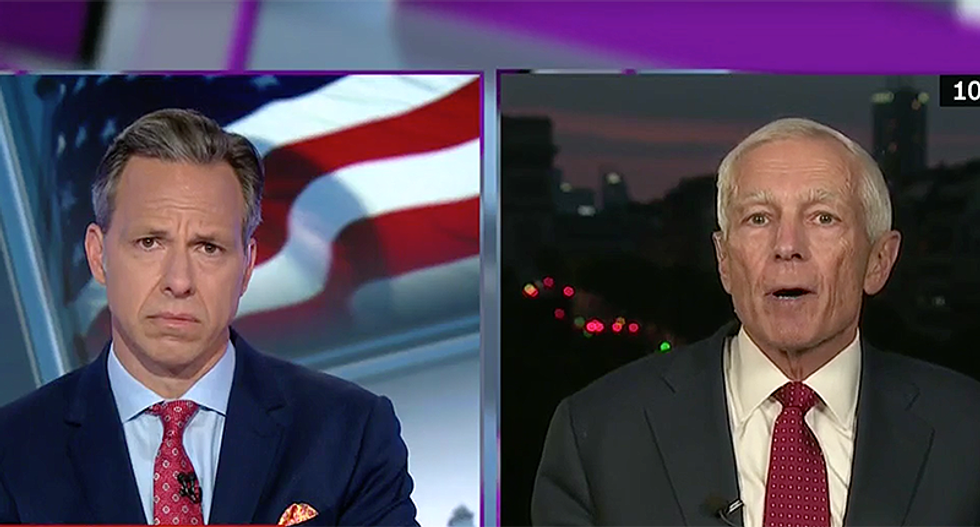 "What will be said if President Trump says, 'Look, President Putin. Stop denying it. I know you interfered in the election,'" Clark began, describing a hypothetical scenario. "President Putin says to him, 'Look, you asked me to. You asked for help in the e-mails in front of the American public.' And, I mean, what kind of dialogue is that? And what does it mean for the future of the alliance?"

He went on to say he doesn't anticipate allied leaders coming out to put Trump in his place because they don't want to undercut the alliance.

"They're going to try to put the best face on everything, but I think as people, as Americans, we have a responsibility for leadership and I hope the president will really uphold that when he meets one on one with Vladimir Putin," he continued.

He also said that he has hope for what the allies can do to marginalize Putin, even if Trump refuses to.

"I do think that having a strong communique and taking the other measures that NATO has called for today will help in dealing with President Putin," the former NATO Allied Commander explained. "But who knows what's going to really happen one on one in there?"