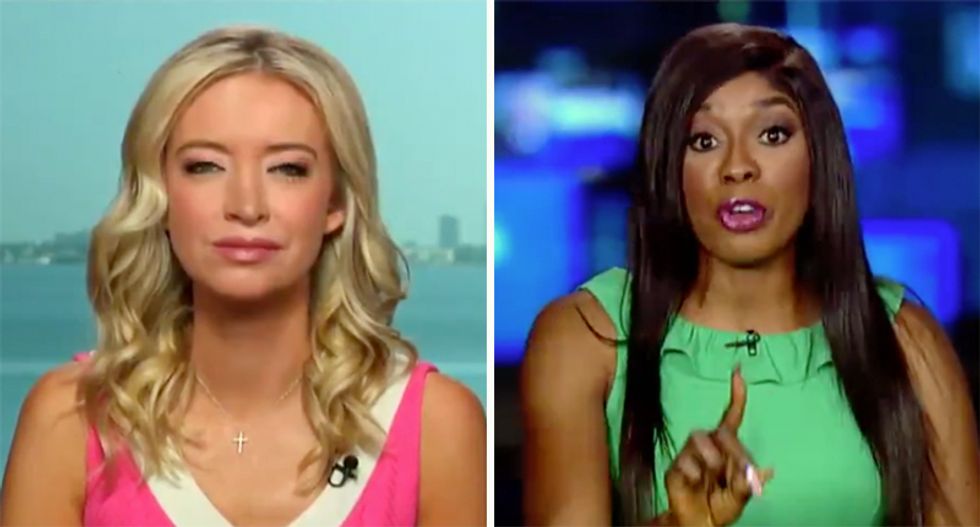 The political operative was on Fox News opposite Prof. Wendy Osefo of Johns Hopkins.

The segment went off the rails when McEnany, the national spokesperson for the Republican National Committee, claimed "for a party that says they care so much about foreign influence in our election, they don't seem to care about illegal immigrants, non-citizens, voting."

McEnany then attempted to argue the Democrats want to allow hundreds of thousands of Russians to invade America and vote in federal elections, presumably for Donald Trump.

"What would you do, Wendy, if Vladimir Putin decides to send over a few hundred thousands to vote in our federal elections?" McEnany asked. "According to the left, that's exactly what you want."

"You can't tell me what I want, Kayleigh, because you don't know anything," Dr. Osefo replied.

"You should know your history," Osefo lectured RNC spokesperson. "Until 1926, immigrants and non-citizens were able to vote in not only local elections, but also federal elections."

"There is one word I didn't hear you say one time and that is 'citizens.' Citizenship used to matter in this country and apparently it doesn't anymore, Kayleigh," Fox News personality Pete Hegseth incorrectly claimed while completely ignoring what Dr. Osefo had just said.

As McEnany continued, Dr. Osefo could be heard sarcastically repeating, "this is a no spin zone."