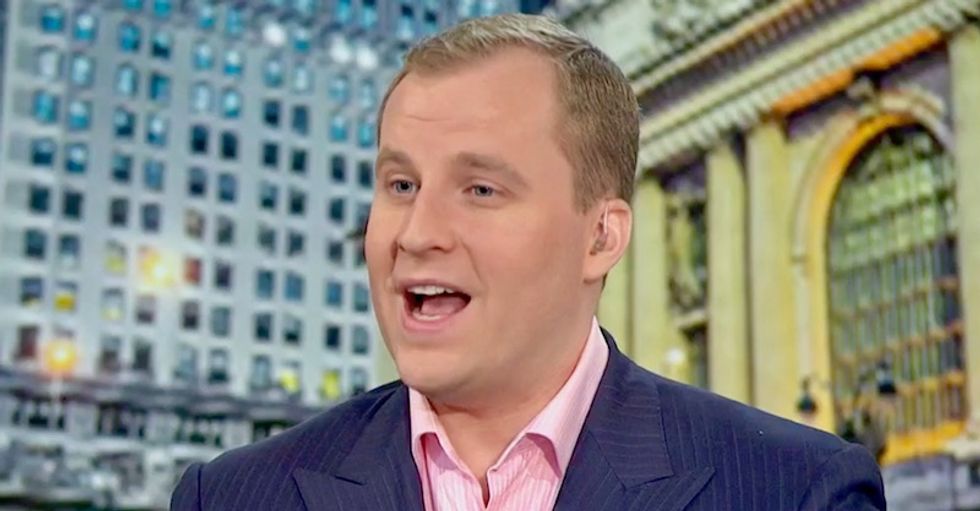 Donald Trump's feisty speech at a Montana rally had a number of memorable moments.

On MSNBC Friday night, a panel discussed Trump's extra angry speech, in which he launched widespread and brutal attacks on his perceived enemies.

Specifically, they talked about whether feeding "red meat" to his base was going to ultimately doom him and his party.

Republican strategist Evan Siegfried said that while Trump enjoys 90 percent approval ratings among Republicans "the Republican party has shrank since he became president."

"Only the people who really love Donald Trump are staying," he said. "There is a reckoning coming and it's in the form of women. And when he went off on #MeToo last night that was a fatal error. #MeToo impacts women from Wall Street to Main Street, from liberal to conservative."

Republicans have long been more popular with men than women—but the gap used to be more narrow, the GOP strategist said.

"Already Republicans have a gender gap problem. Typically we run for a midterm it's [Democrats plus 7] with women. Now, we're seeing polls where it's D+12. There was a poll from Quinnipiac that was D+25 with women. My hair went on fire where I heard that. Yes, a lot of people tune out what Trump says at these rallies but when he goes and hits #MeToo? My God."

Siegfried said that this was "the key group" that won Republicans their majorities in Congress.

"We have been losing... white, married, suburban women with kids and they are turning on Trump and saying this is disgusting and time to make a change," he said.