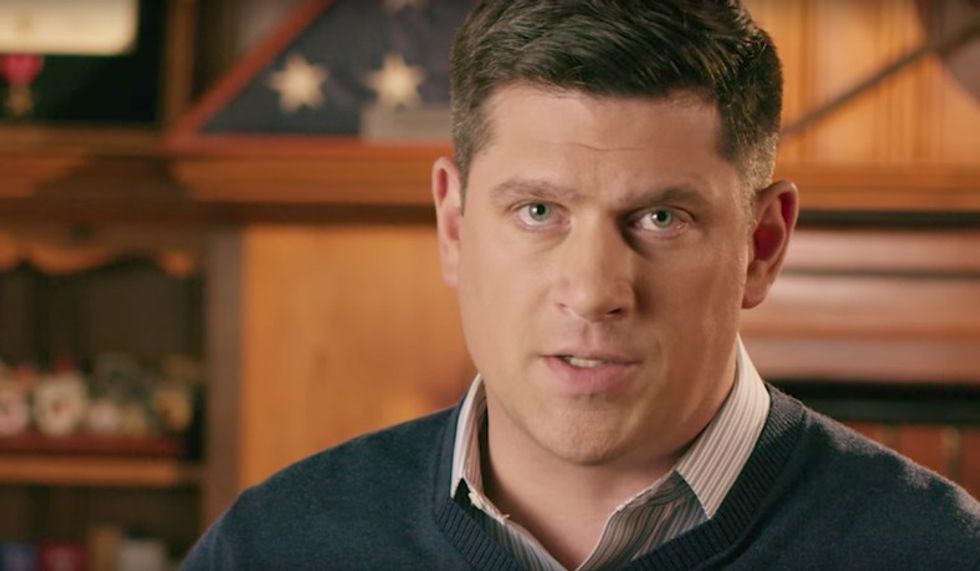 Wisconsin Republican Senate candidate Kevin Nicholson on Monday penned an angry editorial for Fox News in which he bitterly complained that his parents, who are two lifelong Democrats, are refusing to endorse his campaign.

Nicholson, who is running against incumbent Sen. Tammy Baldwin (D-WI) this fall, wrote that his parents' decision to support Baldwin over their own son was emblematic of liberals' supposed "intolerance" for dissenting viewpoints.

The candidate seemed particularly upset that his parents not only endorsed Baldwin, but sent the maximum allowable donation to her campaign.

"They decided to make the maximum contribution to my Democrat opponent in my campaign for U.S. Senate in Wisconsin, an intentional personal blow that made headlines across the country," he complained. "It was deliberate -- and it is a true representation of the intolerance of a political philosophy that stands on the false platform of tolerance."

Nicholson went on to claim that he does not "enjoy talking about this highly personal experience," despite the fact that he wrote an entire op-ed for Fox News about it. He says that he decided to talk about what has happened to him as a way to let other supposedly wary Democrats know that it's OK for them to leave the party.

"Many others who have decided to leave the Democrat Party have also likely paid a personal price for their decision," he wrote. "And others are not yet ready to leave because of the judgement and ridicule they will undoubtedly receive from other Democrats -- whether family, friends, or co-workers. Unfortunately, their fear is founded."