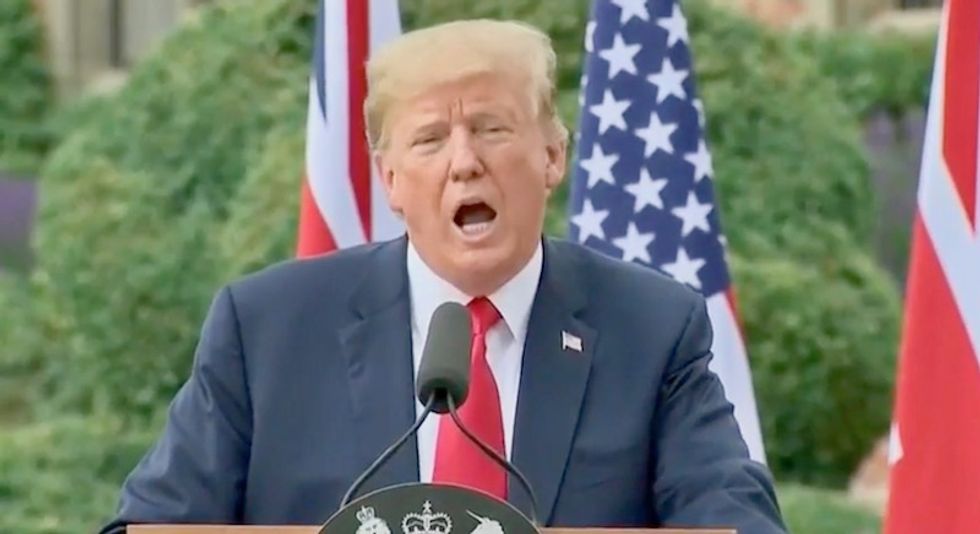 Literally minutes after CBS aired an interview in which President Donald Trump declared the European Union to be among America's greatest enemies, the head of the EU struck back.

European Council President Donald Tusk (photo, left) took to Twitter, and in an elegant mocking of Trump's favorite phrase, declared, "America and the EU are best friends. Whoever says we are foes is spreading fake news." The European Council represents the European Union.

America and the EU are best friends. Whoever says we are foes is spreading fake news.
— Charles Michel (@Charles Michel) 1531667027.0

The European Union is comprised of 28 member nations, including France, Spain, Germany, and Italy.

Nicholas Burns, a former former US Under Secretary of State for Political Affairs, now a Harvard Kennedy School Professor, notes the European Union is America's "largest trade partner, largest investor in our economy, our ally in climate, human rights+protecting democracy."

"Most of its members our NATO allies," he adds, which goes to the heart of why Trump just declared the EU America's "foe." Trump has made it clear he wants to destroy NATO, which is among Putin's top goals.