'He's going to sell out any American': MSNBC panel rails against Trump 'stabbing' ambassadors 'in the back' 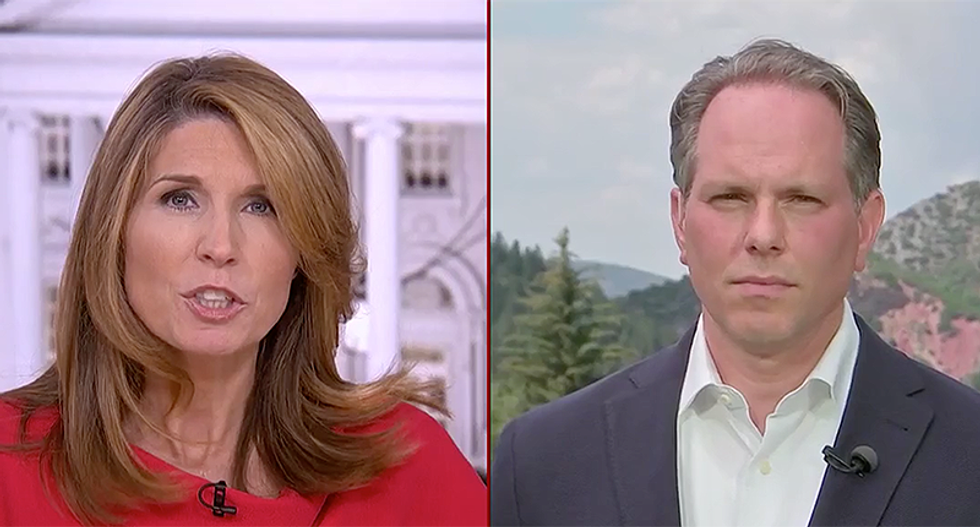 President Donald Trump reportedly spoke with Russian President Vladimir Putin about a kind of "swap" of suspects that each country takes issue with. That means that a former American ambassador is being summoned to Russia by Putin to be interrogated. Trump told Putin in their two-hour meeting that he'd consider it.

"What?!" she exclaimed. "The fact that the answer to that question wasn't an immediate instant and emphatic no  maybe on brand for the Trump administration -- but it is not normal. The White House press secretary saying she'll let us know if the president decides he's going to allow Vladimir Putin and Russia to question an American citizen."

Former Ambassador Michael McFaul has been an outspoken critic of Putin in wake of his service during President Barack Obama's administration. The questioning, Putin mentioned, is about a conspiracy theory about money laundering in the Clinton campaign that was drummed up by Trump allies.

Wallace went on to say people throw around the term "banana republic" too loosely, "but this, if anything, is it."

"Michael McFaul has been an expert on U.S.-Soviet affairs, U.S./Russian affairs going back 20, 25 years," said Jeremy Bash, former chief of staff for the CIA and Department of Defense. "He worked on the national security council. He was United States ambassador to Moscow. The fact that the president of the United States would talk with Vladimir Putin about an investigation of a U.S. ambassador of an American citizen and American government official just shows the extent to which I think President Trump in that one-on-one kind of gave it all up, gave it all up for 'Team America.' And basically he was led around by Vladimir Putin."

Bash went on to say that there was no agenda going into the meeting. The intelligence community, indeed Trump's own advisors, had no idea what the agenda was.

"And when Putin said, 'I want to investigate your people,' he turned the tables on the president and it's amazing that the president capitulated," Bash continued. "It goes to show the extent to which President Trump is just totally deferring to one of America's most capable adversaries."

Wallace agreed, noting that it endangers American diplomats all over the globe now.

"You know, we have ambassadors both political appointees, but also career ambassadors all over the world in most of the capitals around the world," Bash noted. "I think you're going to see a very strong reaction, Nicolle, to say, 'Don't hang us out to dry. We need to know we have the full backing, the full political backing of our government when we go out there and do the work you ask us to do.' Not only to diplomats -- it applies to military officials, joint chiefs, combatant commanders, applies to intelligence officers. It applies to every single American who is doing the work on behalf of the American people all around the world. If the president of the United States doesn't have their back and is going to stab them in the back, we're not going to have the people on the front lines to protect us?"

Jason Johnson, politics editor for The Root, noted that Putin had all of this prepared ahead of time and planned out. Meanwhile, the American president "demonstrated he will sell out the american people to any of these world leaders he wants to have a better relationship with."