Historian shreds GOP senators for 'kowtowing to Putin' on Fourth of July: 'Reagan would be appalled' 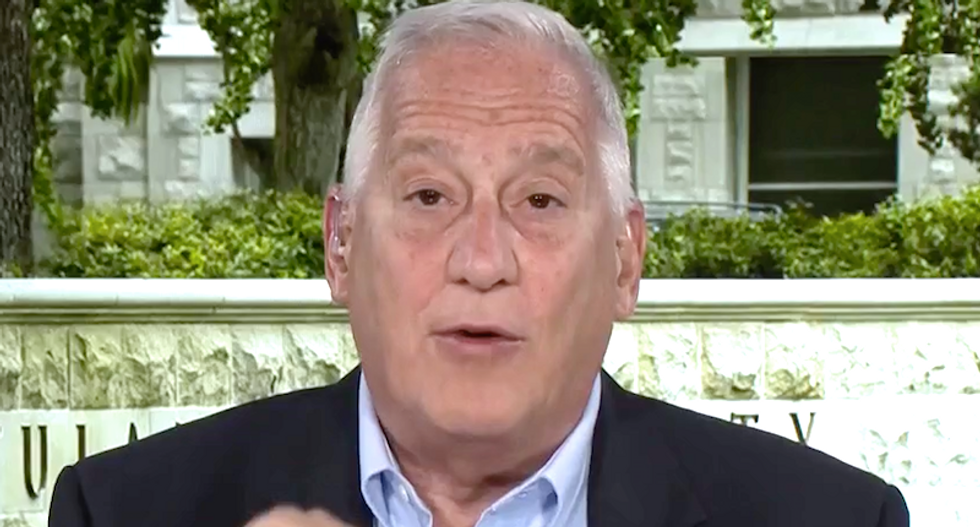 Republican senators spent the Fourth of July holiday in Moscow, and panelists on MSNBC's "Morning Joe" agreed they were helping President Donald Trump embolden Russia and other authoritarian regimes.

Countries around the world, including Poland and Nicaragua, have moved away from democratic governments following the election of Trump, who has praised the autocratic rule of Vladimir Putin and sought those powers for himself.

"What's happening here is having ripple effects around the world," said BBC World News presenter Katty Kay. "It's pushing a rise of authoritarianism. In Europe, the pressure is on the EU -- how do you respond to what's happening in Poland? Do you clamp down on it or let this shift continue?"

Host Joe Scarborough found it ironic that one of Ronald Reagan's greatest foes had found inspiration in Trump.

"How exciting it must be for Republicans that are lackeys for Donald Trump," Scarborough said, "that the same Daniel Ortega that Ronald Reagan pushed back on, trying to stop this sort of influence, this sort of government in Central America. Now their Republican president that they revere, that they run resistance for, is inspiring Daniel Ortega in Nicaragua. You can't make it up."

Historian and author Walter Isaacson said it was worse than that.

"The Republican senators who are kowtowing to Putin in Russia, in Moscow, what Katty just talked about, is playing into Putin's hands and out of Putin's playbook," Isaacson said. "The authoritarianism that breaks down the rule of law, calling regular journalism fake news and then propagate its own fake news by making up stories for propaganda."

"When I see a Republican delegation there in Moscow on the Fourth of July, saying we're taking pages -- talking to Putin, I realize that this administration has enabled them to take pages out of Putin's playbook and to serve his purpose," he added. "That's even worse than enabling Danny Ortega. Ronald Reagan would be appalled."