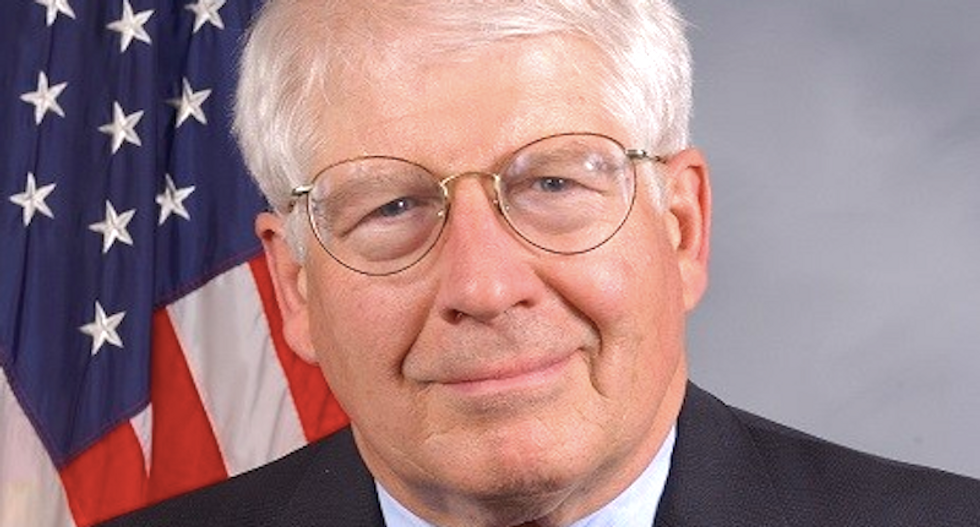 The family and friends of six immigrants seeking sanctuary in North Carolina churches confronted a Democratic lawmaker over his refusal to file legislation to help them reunite with their families.

The Democratic congressman insisted he was doing all he could to help the half dozen immigrants taking sanctuary at area churches, where ICE agents are reluctant to pursue them.

But the immigrants have spent months away from their families because they fear leaving church grounds, the newspaper reported.

Price refuses to file private immigrant bills sought by the families because he said they had no chance of passing, and said he is consulting with Homeland Security about changes in policy.

“I’m not going to do something that has absolutely no hope,” Price told the disappointed families.

They held up large photos of their relatives that showed written reminders of their roles as parents, husbands and wives.

Private immigration bills, which can help beneficiaries gain permanent residency if they become law, are rarely passed -- but the relatives said they were worth filing.

“We’re asking you to use your leadership and use your years of experience to help these families,” said Viridiana Martinez, director of the immigration advocacy group Alerta Migratoria.

Price told the families they had gotten bad advice if they had been told the bill would help, but one confined immigrant's daughter asked the lawmaker to give them hope.

“But they have passed,” said Lesvi Molina, whose Guatemalan mother has taken refuge at a church after living in North Carolina for 25 years. “A few in different parts of the country. It would be helpful for them to at least try.”