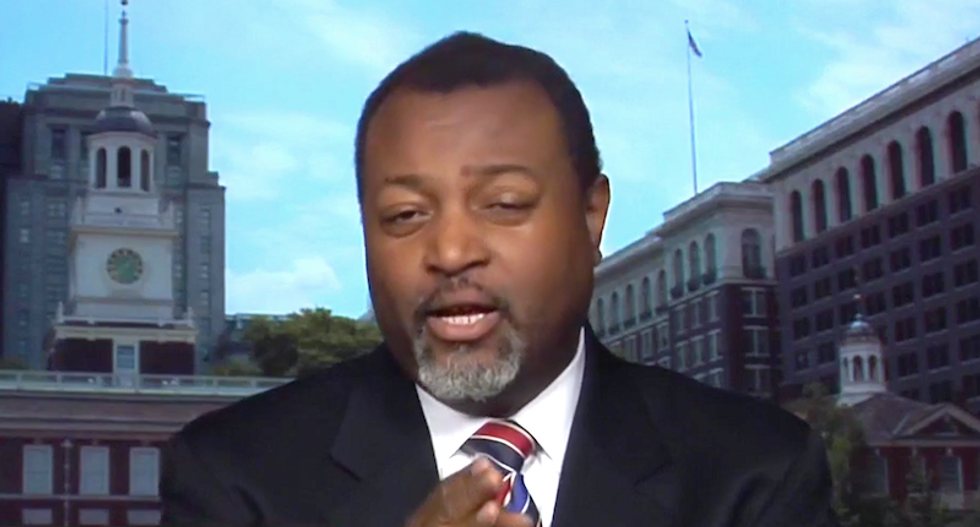 Tweeting Sunday, Nance said he expected "Trump will surrender most of Syria & ask for sanctions to be lifted as a reward."

He then said that he anticipates the "Republican politburo," also known as "Congress, will stand and applaude [sic] like windup toy monkeys."

The Republican-led Congress and Senate have largely been mum on the meeting between the two leaders, even in wake of the new indictments handed down by the grand jury with forensic details about the hacking of America. Very few Republican elected officials have been willing to demand Trump not meet with Putin, though many un-elected GOP commentators have.

Nance's tweet was also a retweet of ex-intelligence officer Robert Morton, who said he anticipates Putin, a former KGB agent, "will make his puppet Trump into a hero by temporarily pulling out some troops from Syria and saying Trump convinced him to do so, or something to that effect. Then, DT and Hannity will blast all those who said he should have cancelled the summit."