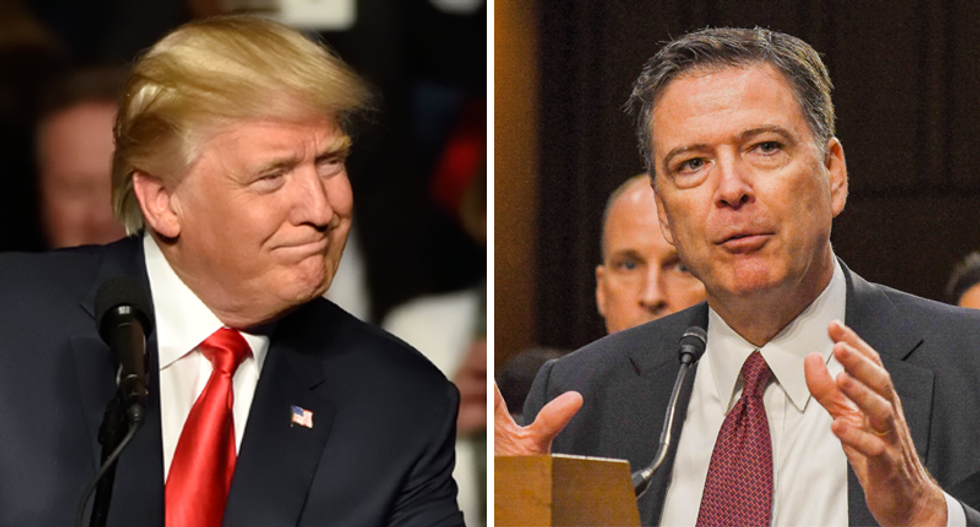 According to documents obtained by the Lawfare blog -- using the Freedom of Information Act (FOIA) -- confidence in the the leadership and direction of the FBI took a hit from agents following the firing of former FBI Director James Comey.

Despite President Donald Trump's assertions that he fired Comey because the “FBI has been in turmoil” -- with a White House spokesperson stating “the rank and file of the FBI had lost confidence”-- the survey of agents shows things have gone downhill since the dismissal.

According to Lawfare, they requested what is known as the bureau's "climate survey,” which measures staffers feelings about the direction the agency is going and how they feel about the leadership.

The documents show "employees still express high esprit de corps about the FBI itself and their work for the bureau. But when asked about confidence in the vision of the FBI director, the value of direct communications from him, the honesty and integrity of senior bureau leaders, or respondents’ respect for those leaders, there is a striking drop in confidence from previous years."

The survey, taken from agents and staffers at FBI headquarters and both 56 field offices, showed a noticeable drop in confidence from previous years following Comey's abrupt firing.

According to the report, the survey includes dozens of questions about every aspect of bureau life, and the results are scored on a scale of 5, with a score above 3.81 considered good news.

This year those scores fell to below that threshold when it came F.B.I. leadership.

Agents in the field gave new Director Christopher Wray a 3.58 for his leadership vision a drop of two-thirds of a point, with his leadership team scoring a 3.49 on the ethics question -- a half-point decline.

You can read more scoring by agents at the Lawfare which has posted the overall scoring here.