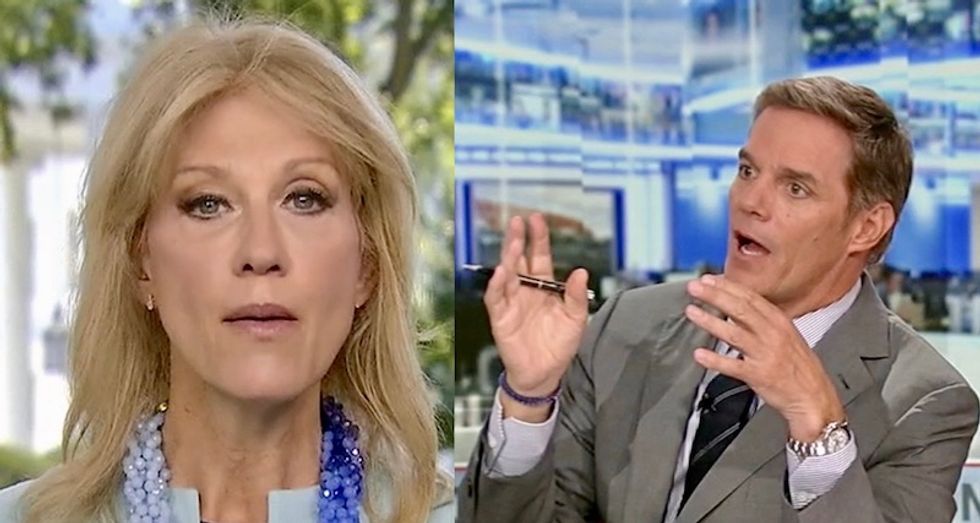 Donald Trump is slated to meet with Vladimir Putin next week and says he will not talk about the 2016 election.

"Will he tell Vladimir Putin to not meddle in any American elections?" Hemmer asked.

Conway would not answer the question directly.

"They will discuss any range of issues, particularly those that affect the world security," she said.

"You have a bipartisan U.S. Senate report that says that Moscow, they were all over 2016," he said. "Will he address that directly with Vladimir Putin? Yes or no?"

Conway said that it has "addressed previously" and then claimed that there has been no proof of collusion between Russia and Trump.

Hemmer said that he accepted her argument but that he didn't understand why Trump would not warn Putin not to interfere in the 2018 election.

"I get it, but despite all that... but as president of the United States, you talk about democratic process and keeping it pure," he said. "Why not take this conversation?"

It is commonly accepted that the Russian dictator interfered in the 2016 presidential election to swing a race that hinged on just 77,000 votes in three states.