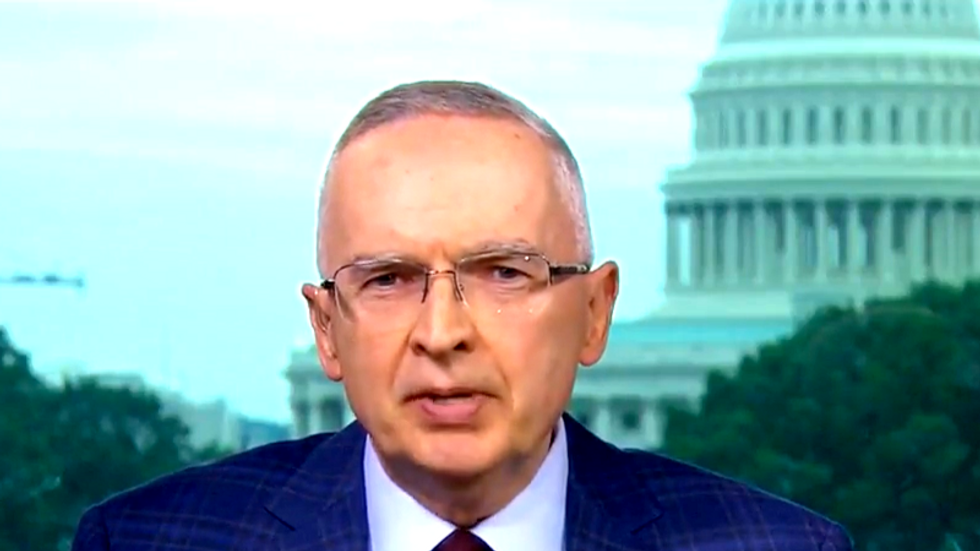 On Tuesday Lt. Col. Ralph Peters (US Army, ret.) said President Donald Trump is a "slave to Putin" during an interview with MSNBC's Ari Melber.

Peters is a former Fox News military analyst, who left the network due to their coverage of Trump.

During Trump’s two-hour closed-door meeting with Putin, Peters speculated that anything could have happened. He slammed the president, saying he is the perfect target for Russian intelligence because of his close relationship with Putin.

"From what you know of the Donald Trump's character, can you believe that at midnight two stunningly gorgeous Russian hookers showed up to his door and said 'we are a gift from your friend,' that Donald Trump would have said, 'young lady go home to your mothers and I shall pray for you?' I mean, this is a man who is a perfect target for Russian intelligence. He has a sense of sexual entitlement, and no self-restraint whatsoever."

Peters said President Trump betrayed America after he failed to condemn Putin on the world stage.

"He's got those tangled financial dealings, and by the way, Putin, once again said 'we don't spy on everybody'. We don't have the manpower. Yes, they do,"  Peters said.

"They do spy on everybody. If you went to Moscow or St. Petersburg, if you are a businessman or official, you are being spied upon," Peters said. "You are filmed in your bathroom or hotel, everything you did is recorded. By golly, Trump was the perfect target. So to make a very long story short, I believe that President Trump has and is actively betraying our country."