LISTEN: GOP congressman rants whites are the real victims of 'racism' and black people are addicted to welfare 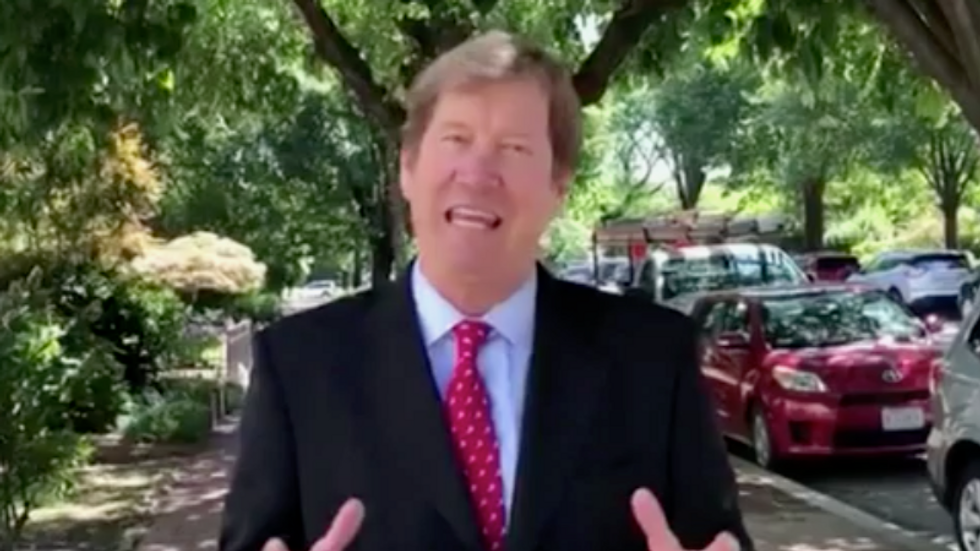 CNN’s KFile has uncovered more audio files from Rep. Jason Lewis (R-MN) and this time he is asserting that white people are the real victims of racial violence.

Lewis made these comments from 2009 to 2014 on his radio show entitled "The Jason Lewis Show."

His first absurd claim was that black people have an "entitlement mentality."

"There's a cultural problem in the African-American community that is leading to this. The entitlement mentality," Lewis said. "You're a victim. It's OK to hate women, beat up women. It's OK to hate gays. All this, we're just sort of feeding this to people who are very lost because of the breakdown of society to begin with."

He went on to say that welfare has been more detrimental to the black community than Jim Crow.

In August 2012 he shared that when black people gather that violence and trouble follows.

"You simply can't say the same thing about other groups. But when there is a festival, a gathering, call it what you will -- June ninth, Juneteenth or urban weekend in Miami Beach or Myrtle Beach and Indianapolis. When there is a predominantly black festival, there's trouble."

He claimed black-on-white crime was the root of the "racial war" happening in America and blamed the media for ignoring it.

"The violent racial crime that's going on, and most of it black on white, but the media choose to ignore that as well. Now, no one can discount the horrible legacy of slavery. No one can discount the sin of America's past — but the chances today, and I want to be clear about this, I know it's provocative, but I want to be clear — the chances today of a gang of KKK members beating up a black kid are remote compared to the opposite. A gang of black on white crime."

In defense of his comments, his office said in a statement that the reporting of his remarks is "an orchestrated attempt at making anyone who supports reducing illegitimacy or crime in minority communities, Voter ID laws and work requirements for public assistance back [off] their public policy positions."