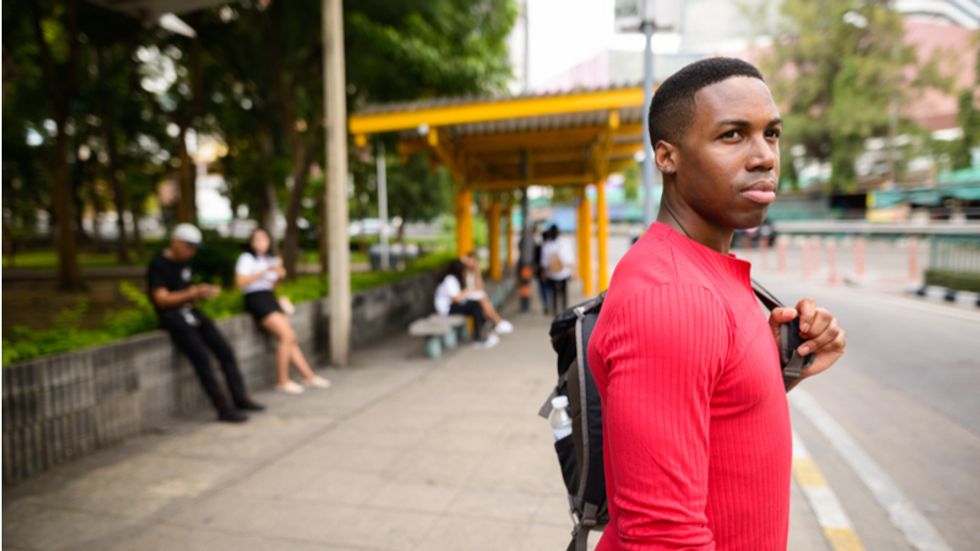 Kevin Brooks works as a barber and routinely catches the bus to his job. On Wednesday a Martha’s Vineyard Transit Authority bus driver drove right past him, reported My Times.

Brooks tried to flag down the bus driver, but he kept driving. The bus was at capacity, however the driver failed to change the destination marquee to read “Bus at Capacity.”

Shortly after, Brooks was able to catch an Uber and saw the bus driver once he arrived to his destination.

When he asked the driver why he didn't stop, he allegedly responded, “well, it’s because you are black.”

Brooks said he was stunned: “I am from the south. If I feel racism I deal with it. For the first time in my life I had to swallow it. I’ve never felt more disrespected or belittled in my life. I had trouble sleeping that night.”

He called the Vineyard Transit Authority and reported the situation. The bus driver was fired after further review of the incident.

“Upon review of the onboard audio/video footage, it was determined the vehicle operator responded to the person’s inquiry by saying the bus was full, and when the person challenged this response, the operator stated ‘well, it’s because you are black," the statement said. “[We have a] zero policy for this type of behavior.”

Brooks said he might take legal action and reached out to the Massachusetts Commission Against Discrimination and a civil rights attorney.

“The video shows everything, that’s all I’ll say. This isn’t over, I want to get this out there," he said.