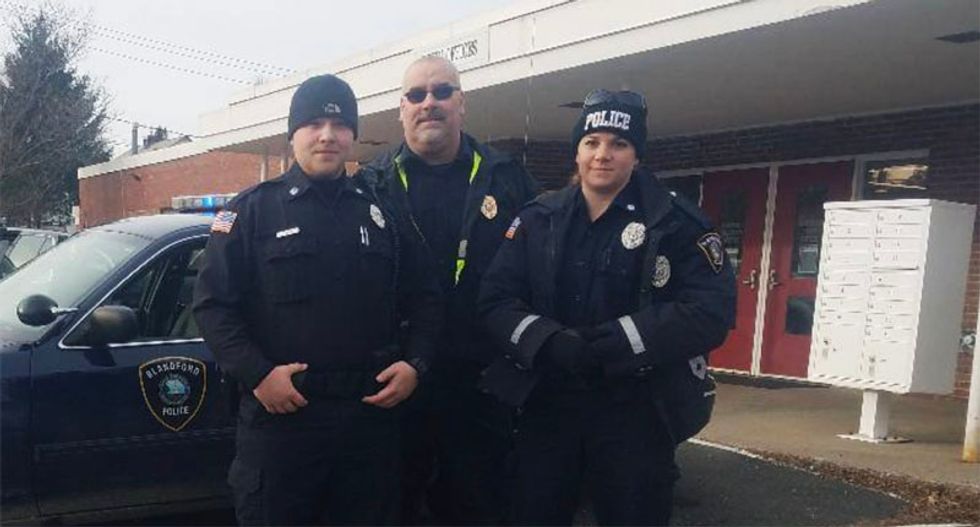 In a surprise announcement that was posted late Monday night on Facebook, the entire police department of a small Massachusetts town resigned en masse over what they called unsafe working conditions.

According to WWLP, all four members of the Blandford Police Department stepped down according to the warning posted to the department's social media page by the interim police chief.

On Facebook, Sarnacki wrote: "Attention Blandford residents: If you have a police, fire or medical emergency, please continue to call 911 as you normally would. Until further notice, please call the Russell State Police Barracks at 413-862-3312 if you need any other police services. The entire Blandford Police Department resigned this evening, effective immediately."

Speaking with the local news station she explained that officers have been attempting to patrol in cruisers that don't work, forced to wear bulletproof vests that are not fitted properly and might be expired, lack adequate radio communications equipment, and are paid poorly.

Faced with no police force, the city has turned to Hampden County Sheriff Nick Cocchi who has assigned six deputy sheriffs to patrol night and morning commute, with Cocchi saying the city needs to get their own police department up and running again.

According to the report: "Blandford police officers make $14 and $15 an hour. The department's best car, a 2010 Crown Victoria, that was purchased from the Otis Police Department overheats at times, has no air conditioning and the electric seat is stuck in the reclined positions."

Additionally, Sarnacki complained that police radios don't work in all parts of the small town, meaning officers can't contact each other to provide back-up when needed.

In a statement from city officials, Sarnacki was criticised for leading the walkout, with Blandford Selectboard Chair Cara Letendre complaining, "It is unfortunate that she led this officer walk out as she would have been considered as one of our candidates for Acting Chief position as we pursue the future opportunities with our police force."

You can watch the video below via WWLP: