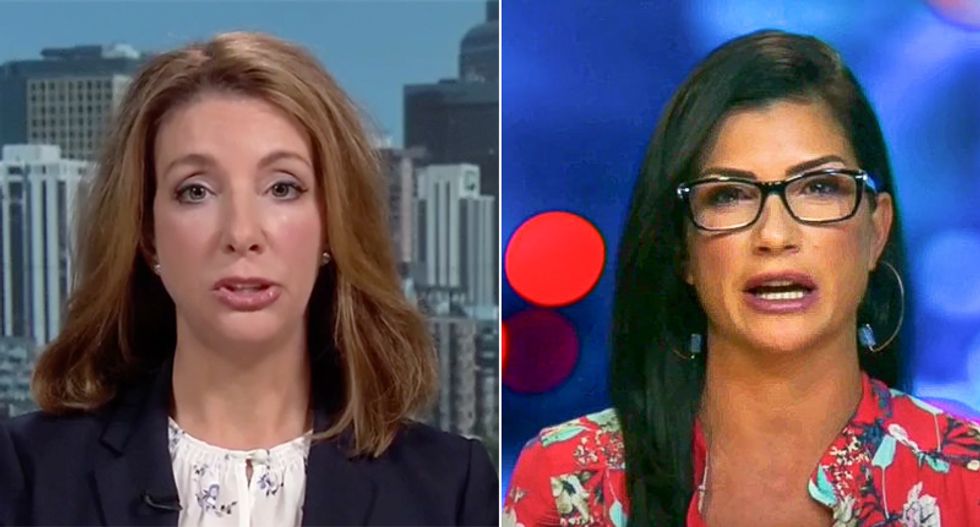 Appearing on MSNBC on Sunday morning, the founder of the pro-gun control group Mom's Demand Action called upon the National Rifle Association to step up and explain their connection to the Kremlin after it was revealed that Russian Maria Butina was taken into custody for funneling millions in foreign cash to them.

Earlier in the week, federal authorities took Butina into custody for conspiring to defraud the United States and acting as an unregistered foreign agent in connection to her work with the NRA, which invested millions in helping Trump get elected in 2016.

With host Joy Reid introducing the segment by noting that NRA spokesperson Dana Loesch was recently revealed to have called Moms Demand Action members "dry-humping wh*res," the MSNBC host asked founder Shannon Watts to weigh in on the NRA's silence since the arrest of Butina.

"Why do you suppose they have been quiet about this unfolding scandal involving them?" Reid asked.

"That's a good one," Watts replied."They specialize in attack and they spent the last year, as an organization and the leadership, saying the Russian investigation was a hoax and that there was no collusion and getting into -- not just the gun rights aspect of it -- but the whole Trump administration aspect of it which was not their specialty."

"Ever since the story broke about Butina, they have been silent," she continued. "Look, we know that the NRA leadership traveled to Moscow. We know they met with Kremlin officials. We know they hosted an alleged Russian agent at their annual meeting. They need to come clean and they need to talk about it and answer questions."

"The walls are closing in on the NRA," she warned. "It's time to be honest with what their relationship is and not not with just with Butina, but with Russia."