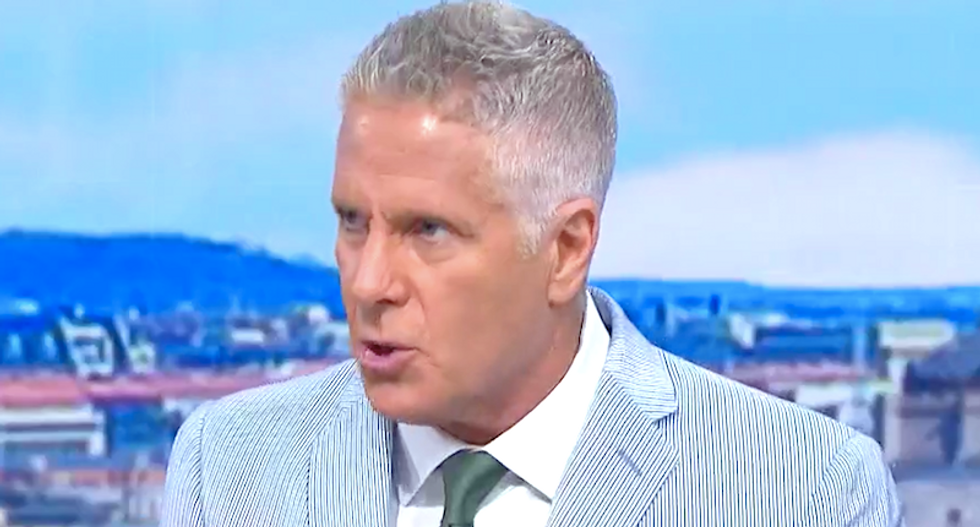 MSNBC's Donny Deutsch was disgusted by the antics of congressional Republicans as they grilled FBI agent Peter Strzok over his politically charged text messages during the 2016 campaign, as he investigated Donald Trump's ties to Russia.

The "Morning Joe" contributor agreed with Strzok, who delivered a passionate speech against Trump's qualifications for office and GOP attacks on law enforcement, and said Republicans should be ashamed of themselves.

Deutsch said every American -- even public officials -- have a right to their own political opinions.

"Every judge, every FBI agent, every police officer, every congressman has a bias," he said. "It doesn't mean they bring it to their job, and this man -- everybody votes. That doesn't mean they can't do their job and this is a man who has dedicated -- these little dweebs sitting there, the discourse, the way they present themselves. Trey Gowdy, the way he says, 'I don't care what you have to say.'"

Host Mika Brzezinski broke in to remind viewers that Gowdy had led a fruitless, two-and-a-half-year investigation of the Benghazi attack, and she bashed him as a partisan hypocrite.

"One of these guys referred to (special counsel) Bob Mueller, can't pronounce the guy's name," Deutsch said. "I cannot wait until Mr. Mueller's report comes out -- once again, we're at indictments now."

"I wonder if that gets up to 40 and 60, and if we can come back and any of these congressmen can say, 'Oh, I guess the reason those happened is because Mr. Strzok sent a text to a friend of his, that's the reason for the indictments,'" Deutsch continued. "They should be ashamed of themselves, and I do believe if anybody watches this they will understand why there will be a blue wave. People are fed up with these pathetic, sniveling little cowards."