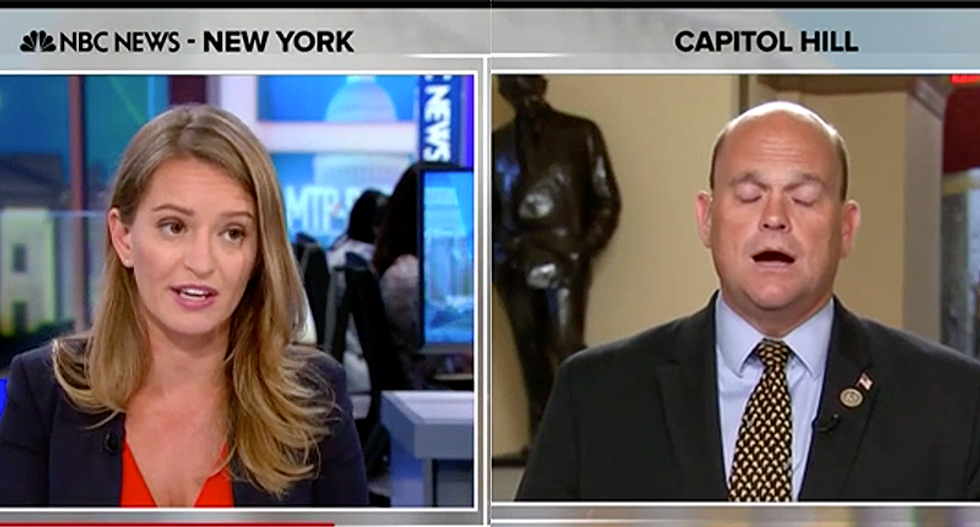 On Tuesday, President Donald Trump issued a somewhat unconvincing statement of support for US intelligence agencies following his attack on them Monday.

The President's erratic behavior put the GOP in a tough spot.

"Republicans are facing a problem, they were trying to figure out what to say about Donald Trump siding with Vladimir Putin than his own DoJ. And now President Trump insists he clearly did not mean to say what he clearly said yesterday. So which president are they to believe? Yesterday or today's?" host Katy Tur asked.

"I think the president made clear again today what he has said four times previously. He recognizes that there is meddling by the Russians in the 2016 election. But no evidence of collusion," Reed said. "And that is why it is time to get the show on the road and move this process forward to say if there is collusion, if there is meddling, what is it, get the facts out and get it behind us so we can start solving the problems of America."

"Why is it so hard for the president to consistently say that he believes in the intelligence community? Even today he said it could be many other people," Tur pressed.

"No, I think he has made it clear as he did today. He recognizes that Russia was trying to meddle in our election and they have been doing it for decades."

"He didn't make it clear. He was trying to correct one word. Would not instead of would," Tur went on.