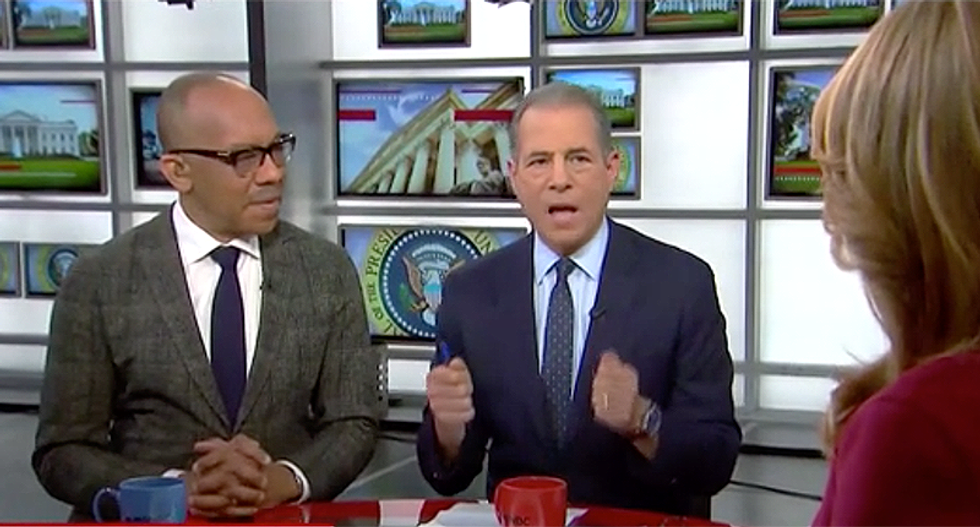 During a Tuesday panel discussion, MSNBC analysts laughed hysterically at the White House press office for sending out talking points that stem from longer contradictory statements.

"For over a year and half, the president has repeatedly said he believes the intelligence agencies when they said Russia interfered in American elections," the White House statement read.

Host Nicolle Wallace noted that there were four glaring examples she pointed to:

The full statement, according to Wallace, reads, "As far as hacking, I think it was Russia, but I think we also get hacked by other countries."

The full statement reads, "I think it was Russia, I think it could have been other people in other countries, coulda been a lot of people interfered."

The full statement says, "I believe that [Putin' feels that he and Russia did not meddle in the election. As to whether I believe it or not, I'm with our agencies..."

Wallace, who served on George W. Bush's communications team, noted that she has written many talking points in her day and urged Trump's staff to be smarter about it.

"So, a thing with talking points, when you're pointing to a  report to a statement you made to bolster a point, you should assume they have Google and will find the rest of it," she said.

"And when you're reading from the talking points, you don't read them like they're a hostage statement," laughed Rick Stengel, former under-Secretary of State.

The panel all joined together laughing out loud at the truth in the remark.

"But he's done that before. This reminded me of the hostage statement he read after Charlottesville!" Wallace said.

"Yeah, he can never put the genie back into the bottle," Stengel said.

"Because he doesn't want the genie in the bottle!" Wallace exclaimed.