MSNBC's Morning Joe unloads on 'Putin's poodles' in the GOP: They should get their campaign cash 'converted to rubles' 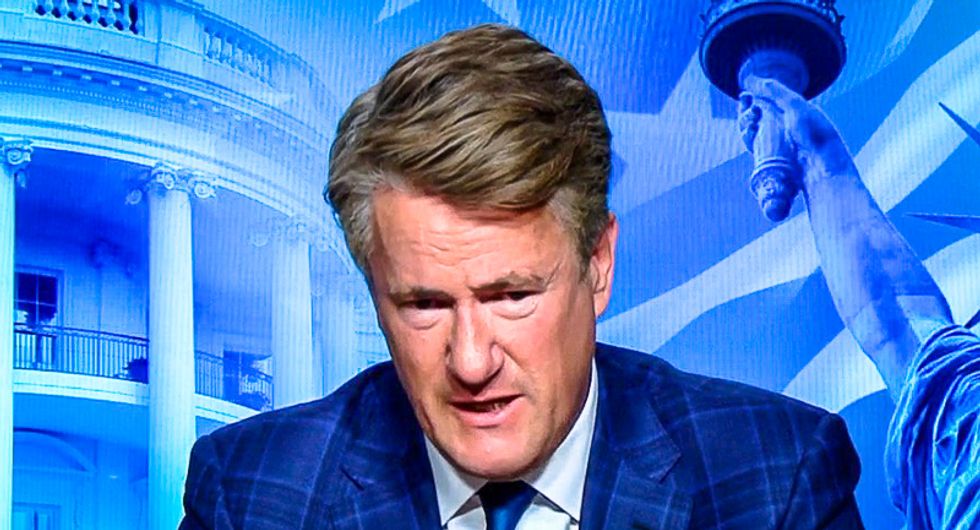 MSNBC's Joe Scarborough on Monday unloaded on members of the Republican Party who are still hellbent on undermining special counsel Robert Mueller's investigation into Russian interference in the 2016 presidential election.

While noting that many Senate Republicans have lately been voicing stronger support for Mueller's probe, Scarborough then attacked the Republicans in the House who have nonetheless sided with President Donald Trump in calling the probe a "witch hunt."

"They are not just covering for Donald Trump anymore, they are not Trump's chumps anymore, they are Vladimir Putin's useful idiots," he said. "Mueller's indicted more Russians than Americans. This is a Russian story that these Republican dupes in the House of Representatives, they're are covering for Putin. They should get their contributions converted to rubles now!"

Sen. Richard Blumenthal (D-CT) pointed out that Mueller's last major indictment left no doubt that Russian President Vladimir Putin had to have ordered the hacking of the Democratic National Committee and Hillary Clinton's campaign emails.

"The remarkable thing about this indictment is, there's no way these Russians were freelancing," he said. "They are military intelligence operatives under orders from Vladimir Putin. Instead of inviting him to this country, he should be indicted in this country."

Scarborough then mused about referring to House Republicans as "Putin's poodles," although Blumenthal said that comparison was an "injustice" to dogs everywhere.