MSNBC's Stephanie Ruhle points and laughs as Donald Trump and Rudy Giuliani try to smear Mueller: 'They know it's a lie' 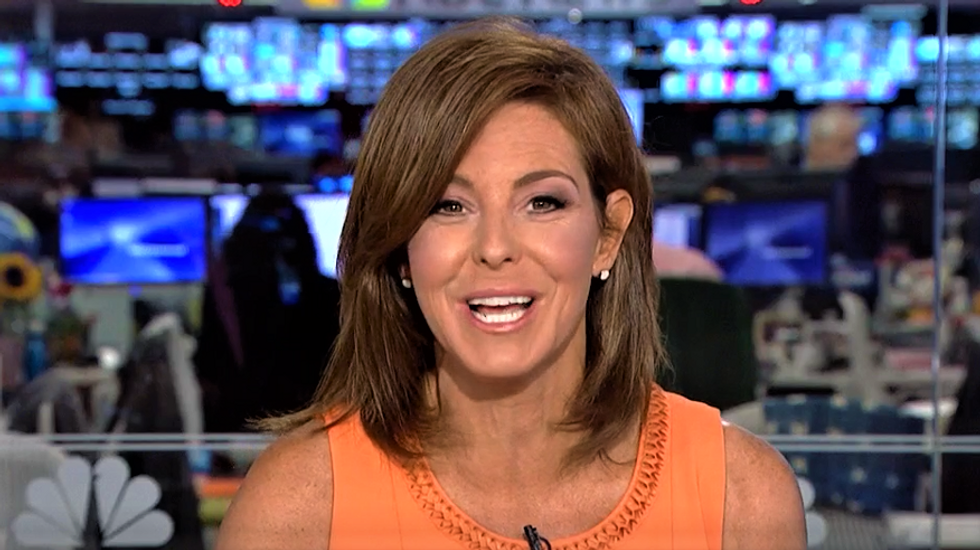 While talking with Atlantic writer Natasha Bertrand, Ruhle remarked that attacking Mueller for allegedly having "conflicts of interest" was particularly rich coming from the Trump White House.

"The president and his administration only use this line that Robert Mueller has conflicts of interest when they're speaking publicly when their base can see it," she said. "When you speak to people in the White House, do they ever give you this line? Because they never give it to me, because I think they know it's straight up a lie."

Bertrand seemed to agree with Ruhle's take and said that they weren't making a good-faith argument, but were instead trying to "rally [Trump's] base around these accusations" instead of seriously believing that Mueller has it out for Trump simply because Trump turned him down to be FBI director.