What next for the EPA? Here’s what Reagan did 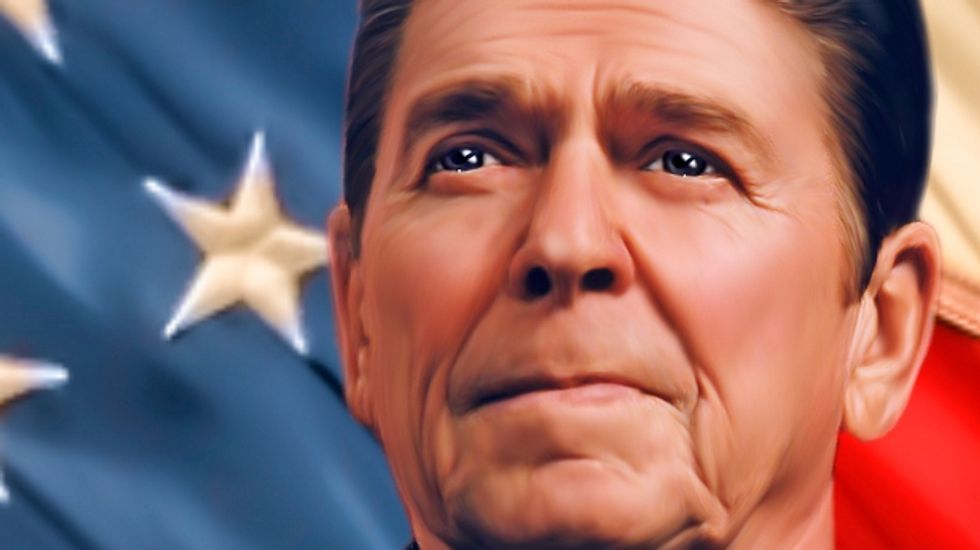 Scott Pruitt’s resignation as EPA administrator caught many by surprise because President Donald Trump had repeatedly supported Pruitt’s efforts to dismantle environmental protections and the agency itself. But it is not without historical precedent.

During the first two years of President Ronald Reagan’s administration, both EPA Administrator Anne Gorsuch and Interior Secretary James Watt were forced out due to scandals. The question now is who should replace Pruitt.

We teach environmental law and have extensive experience in implementing, enforcing and litigating environmental claims. In our view, Trump would be well advised to consider what President Reagan did. Realizing the importance of restoring public trust in EPA, President Reagan brought William Ruckelshaus back to EPA in 1983. Ruckelshaus had been the first administrator of the agency after it was created by President Richard Nixon in late 1970. He accomplished Reagan’s goal of restoring trust in the agency because he cared about being faithful to the environmental protection mission Congress had entrusted to it.

Ruckelshaus demonstrated that a conservative Republican administration can be a faithful environmental steward. Under Ruckelshaus, the EPA acted to protect the Earth’s ozone layer from destruction by toxic chemicals. He launched the agency’s initiatives to phase out gasoline lead additives and to ban asbestos.

Ruckelshaus’ appointment helped neutralize some of the environmental outrage that Gorsuch and Watt had engendered. Without a functional EPA, it would have been very hard for the GOP to state with any credibility in its 1984 platform that Republicans supported “continued commitment to clean air and clean water,” and that “the health and well being of our citizens must be a high priority.”

Trump’s hostility to the EPA and his devotion to wealthy fossil fuel interests have been so intense that it would be shocking if he borrowed a page from Reagan’s successful playbook. During the 2016 presidential campaign, Trump pledged to abolish the agency “in almost every form.” He has since abandoned this promise, while supporting Pruitt’s efforts to destroy EPA from within.

Now the agency is at a crossroads, and the president has a chance to change direction. Trump has consistently promised to bring back old jobs in old industries. But those jobs were not lost due to the regulations Trump professes to hate, but rather due to larger, global economic forces.

America’s environmental regulations have provided clean air and water while allowing our economy to prosper. As the global economy shifts from fossil fuels to greener energy, the EPA and its new administrator can play a significant role in promoting new jobs in new industries without sacrificing public health.

President Trump has designated EPA Deputy Administrator and former coal industry lobbyist Andrew Wheeler to serve as acting head of the agency. Wheeler, and whoever Trump ultimately nominates to succeed Pruitt, should understand that they now serve all of the American people, not just former friends in the fossil fuel industry.

EPA’s mission is to protect human health and the environment for all. Its leader’s core duty is ensuring that the air we breathe and the water we drink are clean and pure in all U.S. communities, from Flint, Michigan, to the Gulf Coast. This mission cannot be accomplished if the agency’s exclusive focus is on repealing regulations rather than making them smarter.

The EPA has an amazingly talented workforce of scientists, economists, lawyers, public health specialists and engineers. We hope that the new administrator will respect their work and invest in them. They can improve environmental protection by ensuring that regulations are coordinated, based on science and reflective of new technologies and methods.

During his presidential campaign, Trump repeatedly promised to give more authority to state officials. Yet Pruitt seemed determined to favor only states that sought to relax environmental protections. States that established tighter regulations than the federally required minimum received pushback. For example, earlier this year Pruitt threatened to revoke California’s long-standing authority under the Clean Air Act to set stricter vehicle emission standards than those imposed by the federal government.

For an administration supposedly committed to empowering states, it would be the height of hypocrisy – and of questionable legality – for the EPA’s new administrator to try to force such states to roll back their standards. Instead, Pruitt’s successor should instruct EPA staff to assist states by sharing their expertise and by providing states with much-needed financial assistance.

A growing number of Republicans accept climate science and endorse a carbon tax, long favored by economists, though such a policy would require new legislation. And many Republicans understand the need to diversify our energy supply. The new administrator should devote more effort to these challenges and less time to staging flashy press events with fossil fuel interests.

With Pruitt’s departure, President Trump has an opportunity for the kind of environmental reset that President Reagan so skillfully executed. Now that he has abandoned calls to abolish the agency, we believe Trump needs to appoint an agency head who will make it work more effectively to improve all Americans’ lives and health. After all, healthier individuals make for a healthier workforce.

Rather than demonizing the EPA, we think the next administrator can succeed by directing EPA staff experts to connect with citizens in every part of the country and improve environmental protections while promoting a healthy economy and a prosperous future. The United States cannot be a great nation without a clean environment.