'This is not Benghazi!': New Jersey Dem shouts down Trey Gowdy for badgering Peter Strzok and not letting him speak 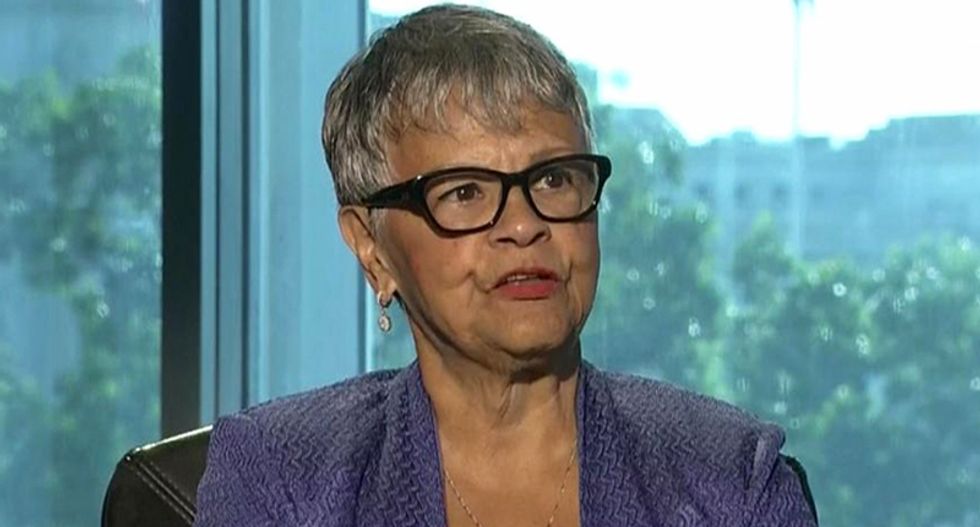 The moment came after Rep. Hakeem Jeffries (D-NY) called Gowdy's subpoena of Strzok "a kangaroo court." He went further, calling it a "three-ring circus" and an investigation by "Ace Ventura: Pet Detective."

Gowdy showed his own example of that with another line of questioning that put words in Strzok's mouth.

"What I worry about is when the government of Russia puts their fingers on the scale and causes the will of the American people --" he said before being cut off.

Gowdy walked through a series of text messages trying to draw inferences and facts not stated by Strzok implying that the FBI agent was more interested in an investigation that would lead to the impeachment of President Donald Trump instead of Hillary Clinton's emails.

That's when Watson Coleman went off.

"The general lady from New Jersey is recognized," the chair said. "You are recognized."

The moment came after a morning of contentious questioning from Gowdy.