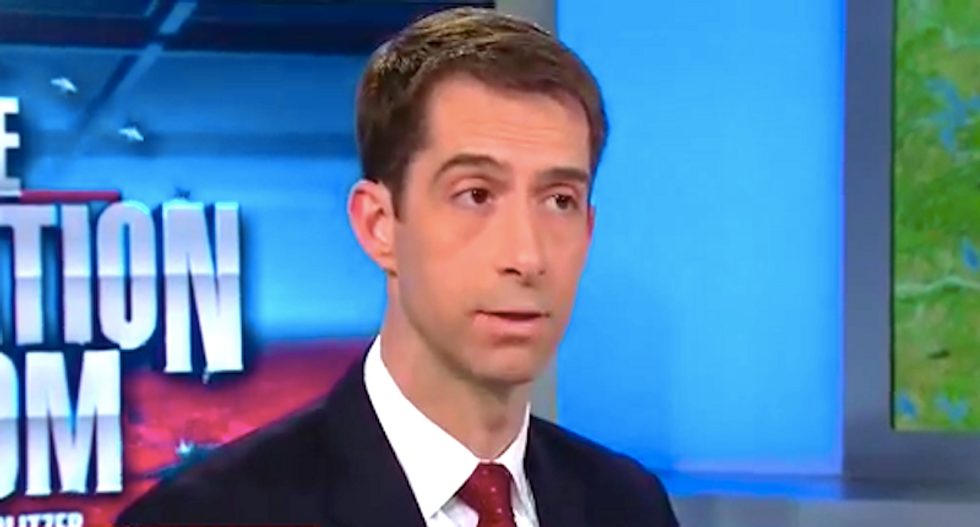 Sen. Tom Cotton (R-AR) is one of the fiercest opponents of gun control.

"As a hunter, gun owner, and NRA member, I understand how central the outdoorsman way of life is to Arkansas's culture and tradition," Cotton has written.

As it turns out, the NRA is equally appreciative of his fealty: Politico reports that the gun lobby group appears to have used the services of a shell company to bankroll Cotton's re-election campaign in 2014, alongside Republicans Thom Tillis in North Carolina and Cory Gardner in Colorado.

What's striking about the report is that the company—Starboard Strategic—got $19 million from the NRA, despite being a relative newcomer to electoral politics. Politico found no record of the firm's activity in prior elections in FEC documents. However, the company has identical information to OnMessage, a far more established campaign organization.

"Well-established and well-connected, OnMessage is as transparent as Starboard is opaque," writes reporter Mike Spies. "What the Federal Election Commission and the public do not know is that the two entities appear to be functionally one and the same."

The Politico report suggests that the NRA used the shell company to circumvent FEC rules that prohibit donations exceeding $5,000 to a candidate.

The report further points out that the strategic 2014 races were meant to combat President Barack Obama's efforts to impose stricter gun regulations following the shooting at Sandy Hook.