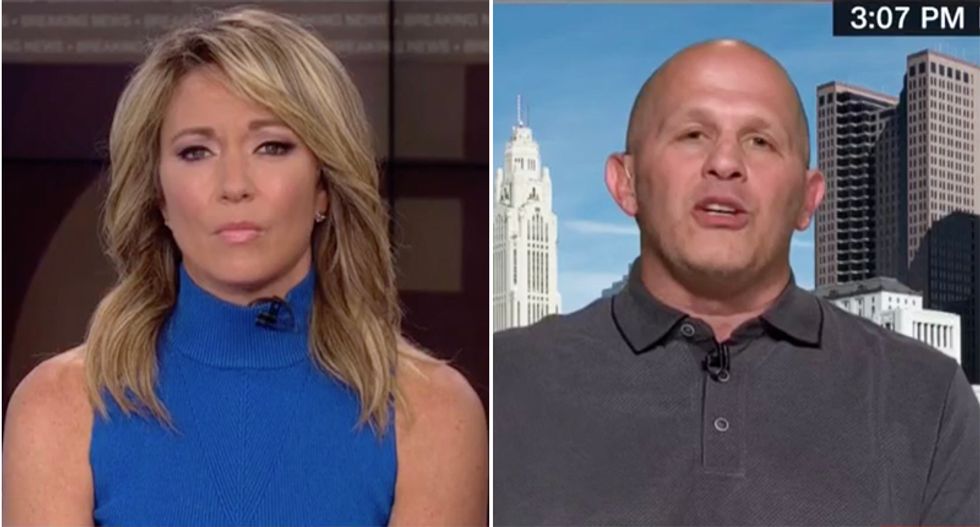 Appearing on CNN while the rest of the country was celebrating July 4th, a former wrestler who has come forward with tales of sexual abuse by an Ohio State University doctor told CNN host Brooke Baldwin that Rep. Jim Jordan (R-OH) witnessed the doctor commit "lewd acts while showering with athletes when the lawmaker served as a assistant wrestling coach at the school.

According to Mike DiSabato, who has gone public with the accusations that date back to a period between the late 70's and the 90's, knowledge about the alleged groping and attacks on athletes by Dr. Richard Strauss,was common knowledge within the locker room.

Detailing what happened him when he was just 14 and was attended to by Dr. Strauss who visited his high school's wrestling program, DiSabato mentioned the facilities at the university that caused athletes to have to shower with coaches and the doctor.

"And Dr. Strauss took a lot of showers and soaped himself a lot," he added. "When you look at the definition of sexual abuse and sexual assault -- and Jim Jordan went on record saying he knew about the facilities, he took showers with us. He saw Dr. Strauss and others perform these acts in front of us."

Asked whether he had been in contact with Jordan before going public, DiSabato claimed that he had exchanged messages with the conservative lawmaker "didn't deny what was happening, and he said he wanted to be left out of it."

Watch the videos below via CNN: