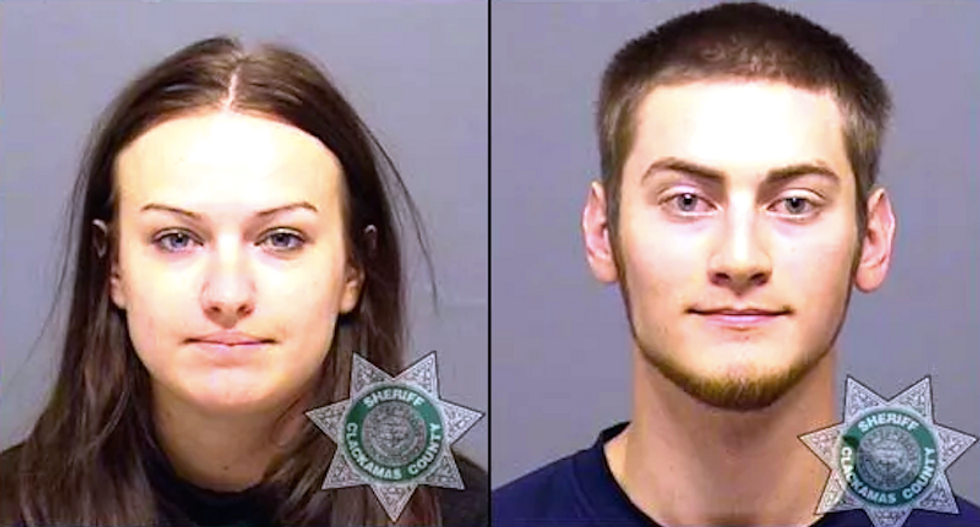 An Oregon "faith healer" couple was sentenced to more than six years in prison after pleading guilty in the death of their newborn daughter.

Travis Lee Mitchell, 22, and Sarah Elaine Mitchell, 25, pleaded guilty Monday to criminally negligent homicide and first-degree criminal mistreatment -- and agreed to warn other members of their church to seek medical care for their children, reported KOIN-TV.

Sarah Mitchell gave birth March 5, 2017, to twin girls at her parents' home in Oregon City, with other members of the Followers of Christ Church present.

One of the babies had difficulty breathing and died, but deputies said none of the adults present for the births called 911 for help.

The Clackamas County medical examiner, who one church elder called, said the surviving infant needed medical attention, and the family was persuaded by law enforcement to seek a doctor's help.

The medical examiner determined the infant's death was caused by complications from premature birth.

The couple must spend three years under post-prison supervision after their release.

The court also required them to write a letter to other church members in exchange for prosecutors dropping murder charges.

Sarah Mitchell's sister Shannon Hickman and her husband Dale Hickman were convicted in 2011 of manslaughter and sentenced to six years in prison for the death of their own newborn son.

The women's father, Walter White, also agreed to write a similar letter denouncing faith healing that will be posted at the church, where he serves as an elder and which his father served as the sect's original minister.

Five sets of parents from the church have been prosecuted in the past 10 years on similar charges.