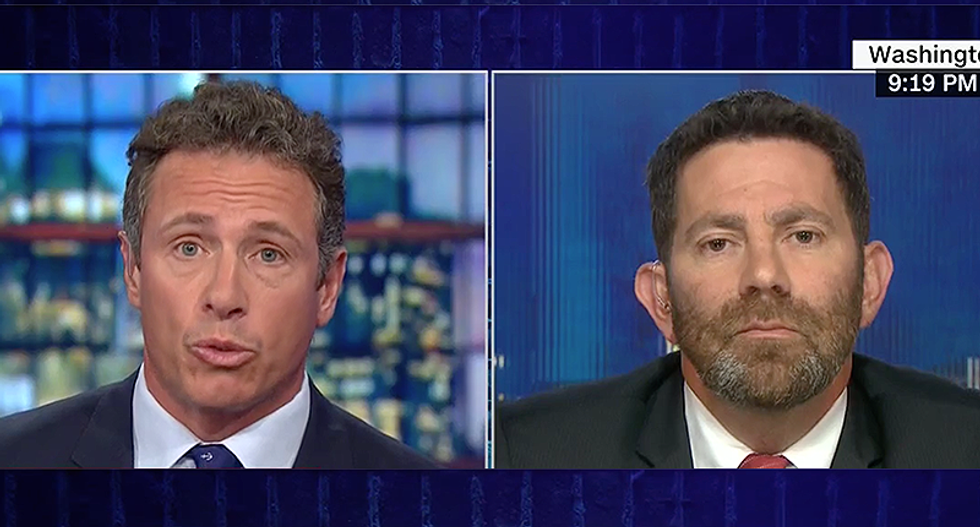 Strzok was the man taken off of special counsel Robert Mueller's investigation after discovering text messages that disparaged President Donald Trump. Goelman explained that his client was prepared to testify publicly but indicated that the committee isn't interested in what he might have to say.

He noted that his client knows a lot of things about what has happened in the Russia investigation and he was surprised the committee wasn't interested in more facts.

"If you have a committee that actually wants to facts, that wants to find out the truth, you might actually have an interest," he continued. "But from our experience with the committee thus far, it is obvious that they don't want the truth."

Goelman went on to say that his client has listened as he's been caricatured, disparaged "and accused by the President of treason and of being a sick loser. And on Fox News they talk about him as the center of this anti-Trump cabal that was determined to throw the election against Trump. None of this has a shred of truth."

He also conceded that it was fair for those to scrutinize the text messages between him and Lisa Page. However, Goelman recalled sickening things the president did during the campaign, such as attacking the Gold Star family, that justified being horrified by Trump.

Watch the full interview with Cuomo below:

Decked out in helmet, belt, gold-plated armor and sandals, Juan Pablo Huanacchini Mamani gazes out vacantly from the Ollantaytambo Inca ruins in Peru.

His Inca warrior costume sparkles in the sunlight, but the 48-year-old feels no joy.

Stalingrad: 80 years ago, a victory that changed World War II

The Battle of Stalingrad, which turned the tide of World War II 80 years ago when German forces capitulated to the Red Army, remains a powerful symbol of patriotism in Russia as it presses its war in Ukraine.

One of the largest battles in history, the fighting raged for more than six months in 1942 and 1943 before the Russians defeated Nazi soldiers trapped in the ruined city in the depths of winter.

Speaker of the House Kevin McCarthy may not have the votes needed to boot Representative Ilhan Omar (D-Minnesota) from her seat on the House Foreign Affairs Committee.

McCarthy's effort, designed to appease members of the far right-wing Freedom Caucus in the GOP, has already been presented as though it's effectively a done deal. But he may have to backtrack, Truthout reported.