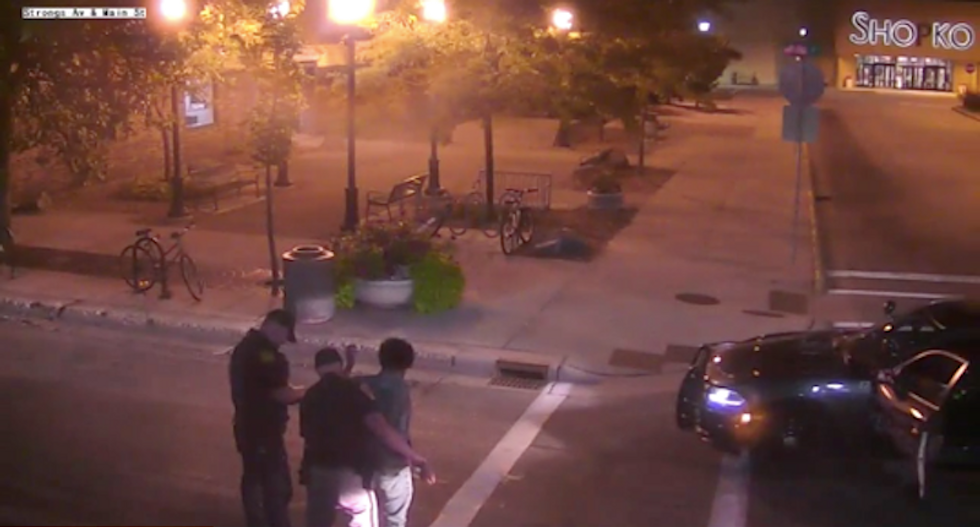 A Wisconsin black man on his way home from work was stopped and frisked by police looking for the perpetrator of an armed robbery—even though the suspect was white, reports the Steven's Point Journal.

"I’m gonna start this post off by saying I respect police and all that they do but tonight was complete and utter bullshit," he wrote.

"I’m biking home listening to music when this cops pulls right in front of me and yells at me to get off my bike, I start off by asking if I did something wrong...he reply’s by saying “that’s what we’re figuring out” pats me down, asked if I had a gun, takes off my backpack and then 3 squad cars pull up...they dump my back pack on to the street grab my wallet out my back pocket and go through it."

Another cop asked him if he had drugs or a gun on him.

"I tell them no and to their surprise no drugs or gun...he then tells me I match a description of the person they’re looking for...so I say “what black!?!”

"Not only did they violate, strip me of my rights, but also did not info me of what was going on they did whatever they wanted without due process...they assumed that because I was black that some how I had drugs and a gun," he wrote.

Police disputed Pettiford-Bates' claims that he was racially profiled.

"Anybody in the area is going to get a second look especially with an armed robbery,” said Portage County Sheriff’s Office Daniel Kontos.

Stevens Point Mayor Mike Wiza met with Bates to address his concerns. It's not clear if the Portage County Sheriff's office is reviewing officer training or best practices in response to the incident.