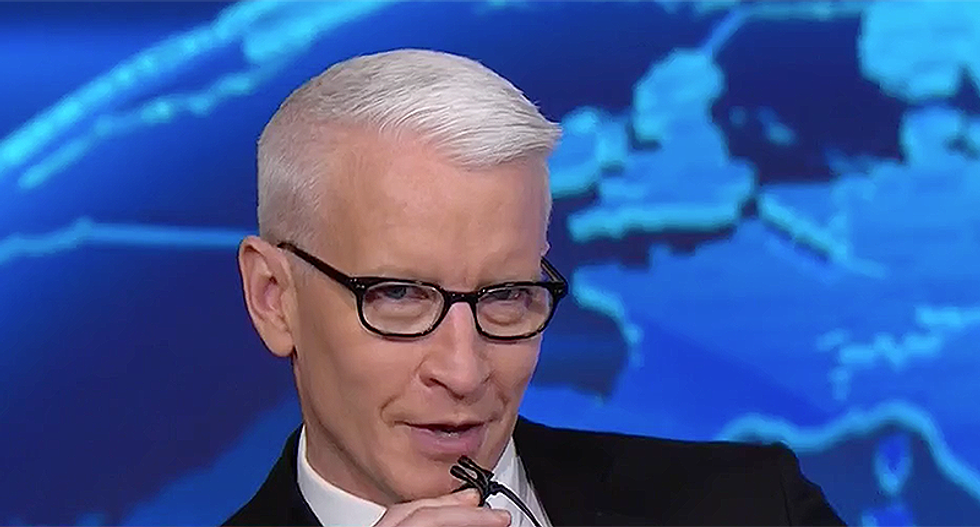 During his Friday commentary, Cooper said that it says something about the week, month and year (or three) that Americans have seen when the question being asked is: who do you believe?

The host noted that in his first year in office, Trump managed more than 3,000 lies that can be fact-checked.

He explained that if Cohen is the one to believed it means that everything the president and his children have said is false. According to Cooper, Trump's defense boils down to this: "Don't believe him. He's a liar."

He then walked through the series of lies from the president, his son, his allies and a "heaping helping of word salad" from Rudy Giuliani.

"I mean, I obviously asked Jay [Sekulow] about this," Giuliani said in an interview with MSNBC's Chuck Todd. "I think he was informed at the time, just like I was when I came into the case. He was just in the case. This is a point that maybe wasn't clarified in terms of recollection and his understanding of it. And what Jay did was he immediately corrected it. And even had been under oath, he would call that recanting. And it's Jay, not the president. So that's the wisdom of not having a president testify. It's one thing to do it with a lawyer. It's another thing to do it with your client."

"Make sense now?" Cooper said, noting that Trump's defenders can't seem to keep their stories straight "about the bogus story the president concocted about the meeting that they were misleading about after concealing for a year."

"On the other side, the president's turncoat attorney who might or might not be telling truth about his serially less than an honest client," he continued. "That's where we are tonight."

Watch his opening commentary below: