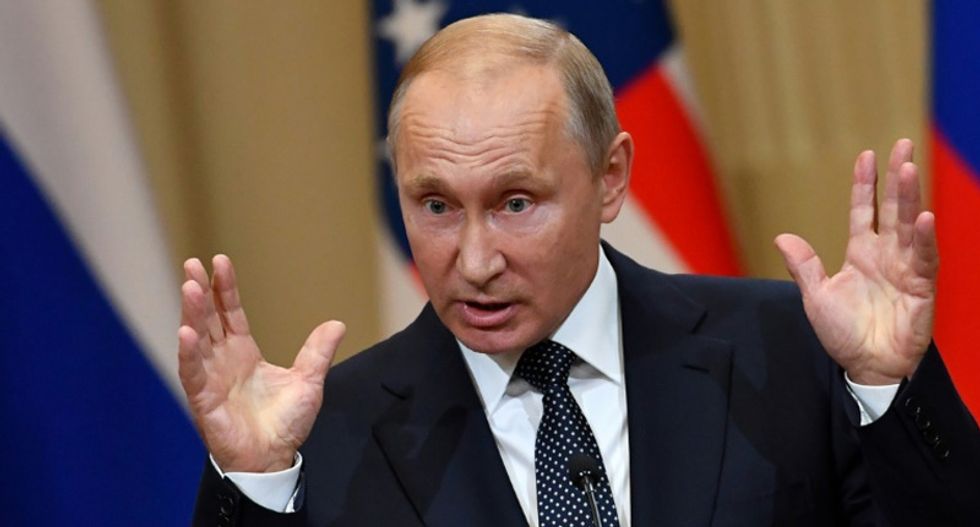 Rojansky began by explaining that it is his job "to watch these kinds of meetings and figure out where the relationship itself is going."

According to Rojansky, Putin went from the meeting with Trump to a Russian state television interview in which he reviewed the things that the two men talked about.

In the interview, Rojansky said Putin talked "about a number of actually pretty significant things."

"They talked about a deal in southern Syria, which would possibly be about pushing Iranian forces out," he explained. "That this had been pre-agreed with the Israelis. That this would increase security. But in exchange [Bashar al] Assad clearly was going to re-take the country. Putin noted he already had 90 percent of the country."

"So, when asked whether Putin asked for sanctions relief, Putin, of course, as a matter of Russian pride and also, I think, a negotiating tactic, knowing Trump could hand over sanctions relief, he simply says, 'No but we talked about the interests of our two business communities in increasing economic ties and how we might do that in the current environment.' So, that's code for, 'Yeah, they talked about how to get around sanctions.' They actually had it as surprisingly substantive conversation. We heard none of it in the press conference," Rojansky closed.

Trump said that no other person could be in the meeting other than translators, so neither American leaders, administration officials or intelligence officers will have information on what was said. Trump has yet to discuss the two-hour meeting, other than to say that it was good.

Watch his full report below:

Watch Putin's interview below (if you know Russian):