As Putin-Trump summit nears, 3 charts explain how Russians see the US 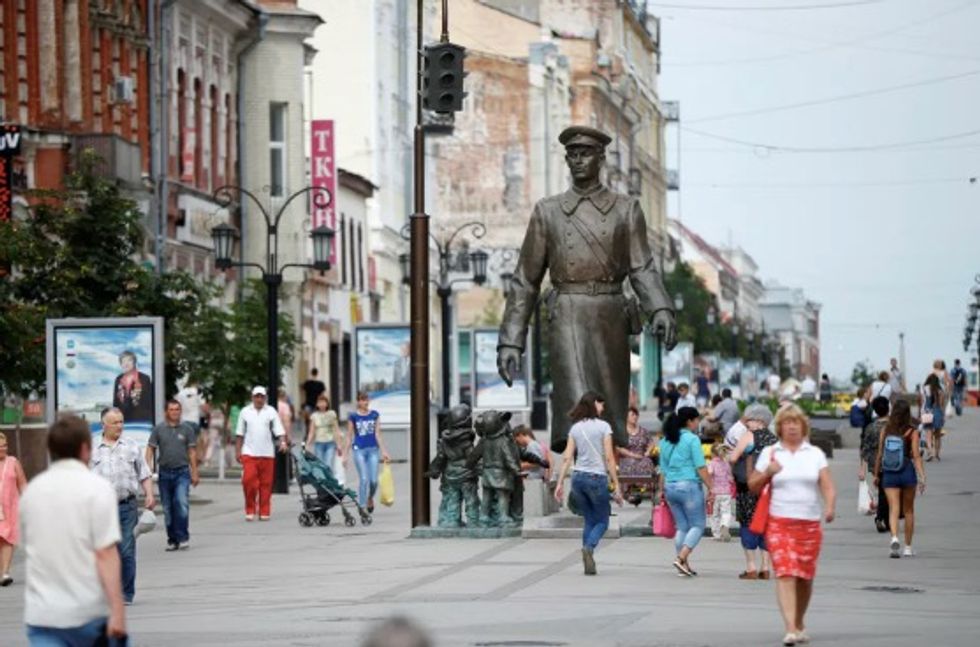 Donald Trump sits down with Russian President Vladimir Putin on July 16 in Helsinki for their first one-on-one summit.

In anticipation of this event, Russian pollster VCIOM asked the Russian public this week about how they viewed the American president and U.S.-Russian relations. Though an authoritarian country, public opinion is still an important factor that the Russian government takes into account when making policy.

On one hand, VCIOM’s poll shows a Russian public with rather negative views of the American president and the United States. However, the majority of Russians want ties with the United States to strengthen and a sizable portion are optimistic that U.S.-Russian relations will improve.

When asked how much they liked Donald Trump, 10 percent of respondents had a favorable opinion as opposed to 71 percent who had an unfavorable one. Nearly 1 in 5 had no opinion of the American president.

Russians were also asked what they thought of Donald Trump. Large percentages of Russians view Donald Trump as “self-centered” (77 percent) and “dangerous” (58 percent). About half would characterize him as “charismatic” (49 percent). A minority of Russians believe Trump is “strong” (34 percent) and very few would describe him as “trustworthy” (16 percent).

Aggressive and meddlesome US

In comparison to Trump, Russians have a more favorable opinion of Americans, though it is still overall negative. About one-third (30 percent) of Russians view Americans favorably, 44 percent have an unfavorable opinion of Americans, and 27 percent have no opinion. The large percentage of Russians who expressed no opinion indicates a great deal of ambivalence toward Americans as a people (as opposed to the government).

On the positive side, large percentages of respondents do describe the United States as having “advanced science and technology” (73 percent), being “influential” (66 percent) and having a “high standard of living” (57 percent).

A slim majority of Russians want ties between the United States and Russia to strengthen, rather than weaken, in most areas of potential cooperation. Strengthening cultural ties with the United States has the greatest support among the Russian public (54 percent), followed by cooperation on security (52 percent) and political issues (51 percent).

The least support among Russians is for greater economic ties between Russia and the United States (46 percent), supporting strengthening economic ties as compared to 13 percent who wish to weaken ties in this area.

The majority (59 percent) of Russians believe nothing will fundamentally change after the summit. Yet a sizable portion (40 percent) of the Russian public is hopeful that the U.S.-Russian relationship will improve due to the summit meeting.

Now the question is whether the summit will be a success or failure in the eyes of the Russian public.

The summit is already a success for Putin no matter the outcome. And if it fails to improve relations between two countries, additional polling by VCIOM suggests that Donald Trump will take the blame as the Russian public is already suspicious of his goals.

This indicates the summit is a risky enterprise for U.S. public diplomacy and outreach to the Russian people. It may set back some recent thawing in negative opinions of the United States since the 2014 Crimean crisis and the cautious hopes of many Russians for better relations with the United States.